Nairobi Residents In Fear After Man Is Shot And Robbed 1.1 million by Armed Men on a Motorcycle

Police have launched a man hunt for Nairobi gang who are on the run after leaving a man with serious injuries before robbing him a total of 1.1 millon Kenyan shilling he had withdrawn from the bank.

The victim boarded a matatu to Taj Mall after which he highlighted and requested a boda boda rider to take him to the bank. 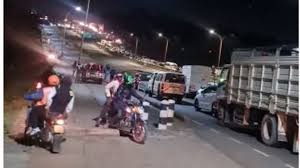 According to one police officer, the victim was crossing the road after completing the withdrawal and armed men on a motorcyle blocked his way forcefully demanding him to give them the money but he resisted which led the gunshot. He also claimed that he suspects the boda boda rider who gave the victim a ride to the bank to be the perpetrator and needs to be interrogated once he is nabbed.

Embakasi Sub-County Police Commander, John Nyamu divulged the victim was shot in the groin after failing to be submissive to the gang's request.

Nyamu, also went ahead and revealed that they are curious on how the robbers knew the victim was going for the money, assuring that although they are on the run, they will make sure to prosecute them.

"We want to know how they knew he went for the money. The gang is on the run but we will get them," Said Nyamu.

This comes days after a man and his uber driver were robbed by men claiming to be police officers. In the process, the passenger lost ksh 414, 000 to the vicious men. 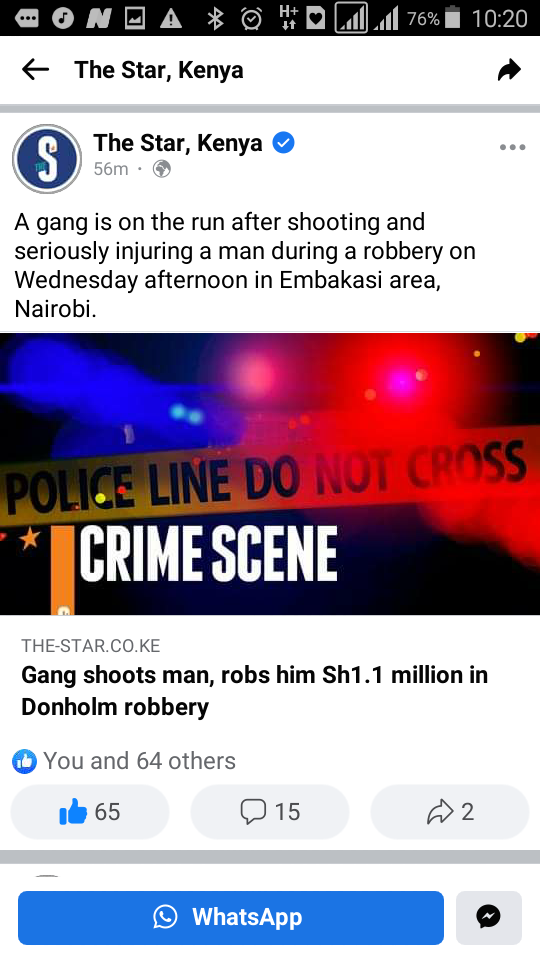 The perpetuating heists have left Nairobi residents in fear of withdrawing huge amounts of money from the bank, since they will be facing higher risks of losing their lives and encountering unbearable losses.