Grief engulfed Bungoma county during the burial of a student leader from Masinde Muliro University who is reported to have been murdered by unknown people who allegedly stabbed him several times for unknown reasons. In an incident that happened several weeks ago, the deceased who has been identified as Jonathan Talewa is reported to have been found unconscious along the streets by some of the residents who immediately rushed him to the nearest hospital.

According to the reports given by the witnesses, they claimed that the deceased who by the time of his death was a forth year student studying engineering was allegedly murdered by suspects who reportedly stabbed him after he tried to stop them from Robbing him.

Sadly, Talewa who was also renowned for his sound mind in speaking against everything that was undermining the lives of students from Masinde Muliro University Is reported to have died while receiving medical treatment in one of the hospitals in Bungoma County.

His untimely death sparked Alot of mixed reactions from a number of his colleagues along with residents who accused the university management of not looking out for their students who were being killed on a daily basis in different occasions.

A few months ago, another student was allegedly found dead under unclear circumstances after he'd lifeless body was found lying in a thicket. However, investigative officers would later arrest her boyfriend who is reported to have killed her after she allegedly threatened to live him.

While reacting to this incidents have Vice Chancellor of Masinde Muliro University requested residents of Bungoma to always try and help students whenever they see them being bothered. In his own words, he blamed the community for always keeping quiet and watching while these students are being attacked only to come and cry out later. 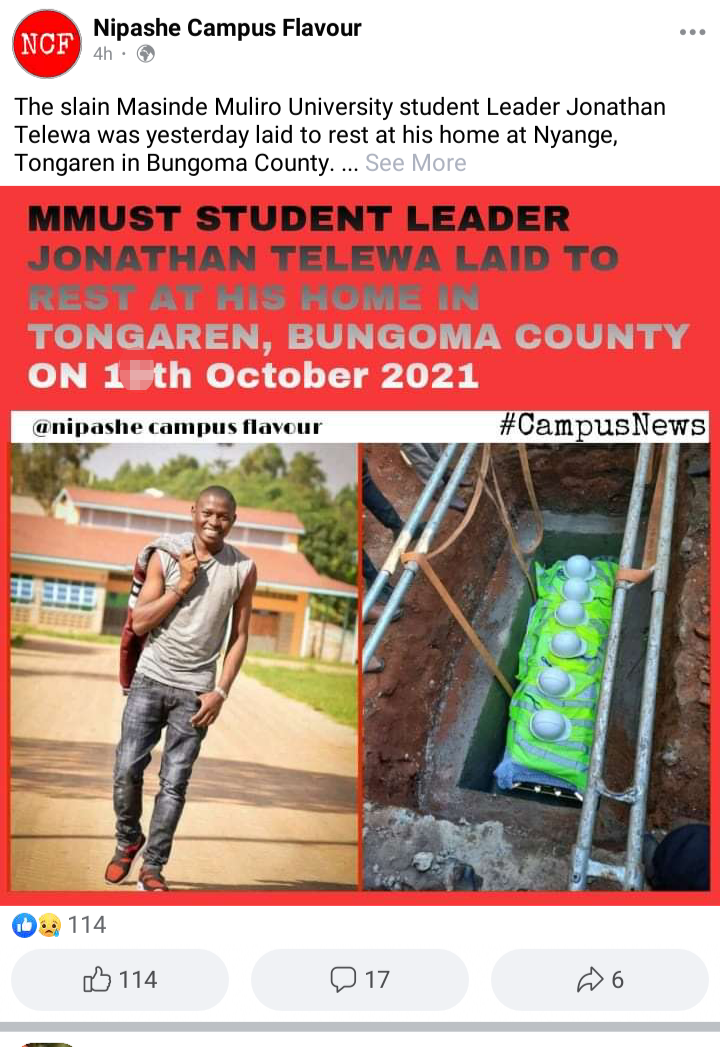