Migori Police Arrest Man With Sacks Of Bhang After Knocking Down A Police Officer. 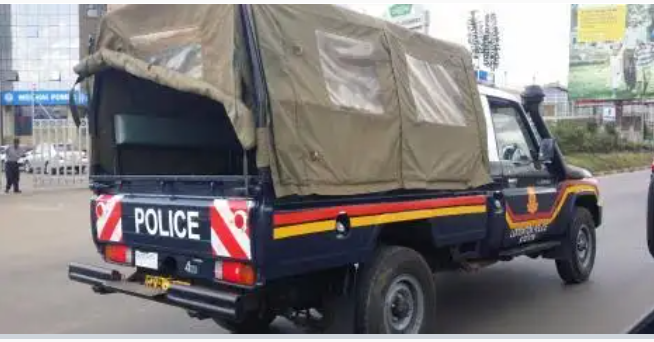 Police in Migori County on Sunday arrested a man after finding him with two sacks of bhang worth approximately Sh1 million.

The arrest came after the suspect denied to stop at a roadblock manned by police officers, which led to a chase for several hours on Isebania-Migori highway.﻿

Confirming the incident, Manasseh Musyoka, County Police Commander, said officers saw a Toyota Fielder oncoming, and as they tried to stop it for inspection, the suspect knocked down a police officer and evaded the roadblock leading to a chase.

However, Musyoka stated that no police officer was injured in the incident and that they managed to secure the accident scene and arrest the suspect.

The Police boss confirmed that they were tipped off by the public about the vehicle suspected to be ferrying illegal goods.

A search of the car found the two sacks of bhang.﻿

The suspect was taken to Mabera Police Station and will be arraigned once investigations are completed. 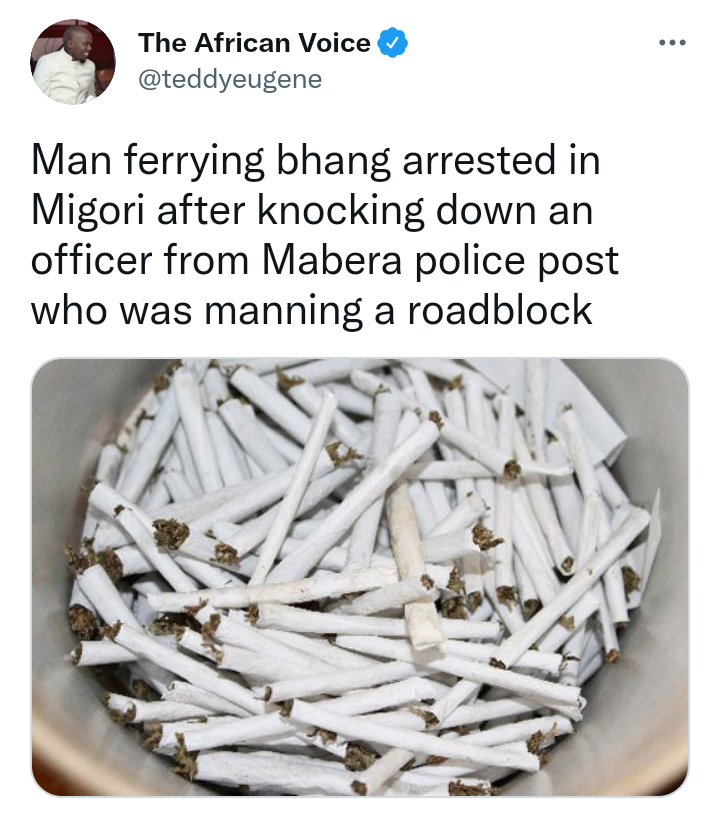 "Niliambiwa Niko na Kaswende" Mitumba Man Says How He was Dropped By Kenya Police After Qualifying.

Harmonize set to perform in Naivasha on 12th December