The forty days for notorious thug popularly known as Kiarie were due and he was shot dead while in Dagoretti area where he had gone to do robbery as usual. It has been reported that Kiarie and his gang of robbers have been operating within Embakasi, Satellite, Waithaka, Mutuini and Kikuyu area. Some residents from Kawangware claimed that they used to see him often in stages whereby he stood like one of the conductors but nobody would notice him. 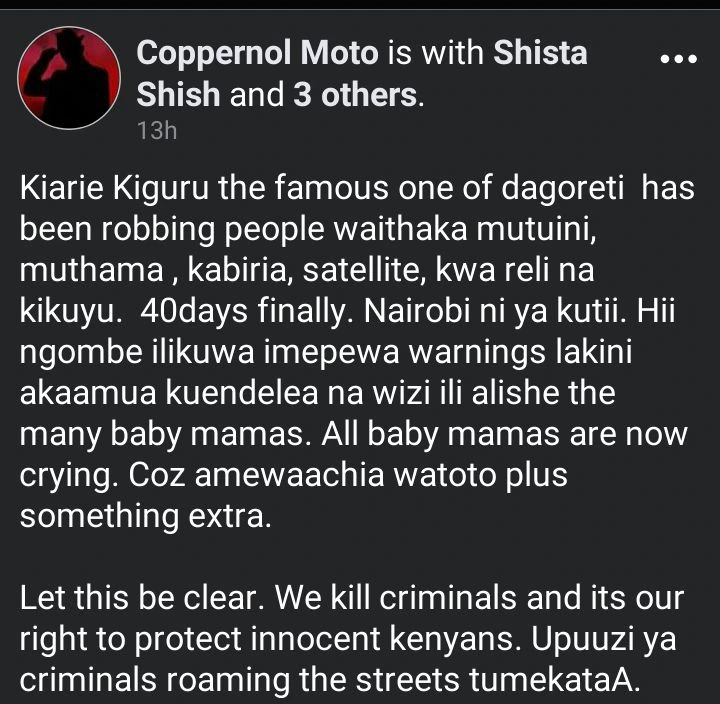 As reported on Facebook, several police officers warned Kiarie to stop the illegal activities but he would not listen. It has been reported that he often got himself in altercations with police officers and he would escape. On this fateful day, police officers spotted him and he was gunned down. 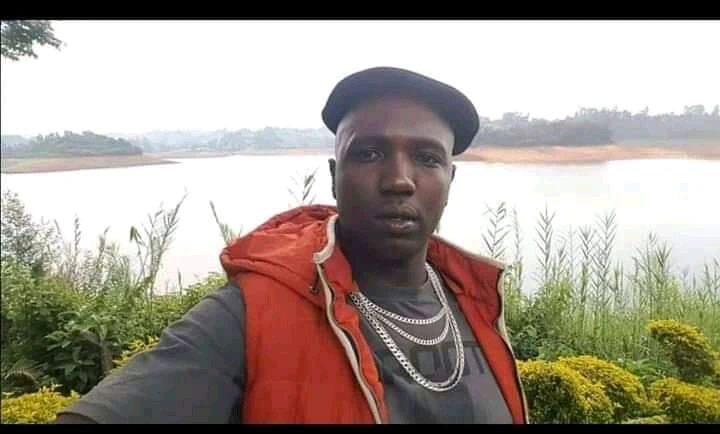 One popular corporal known as Hessy wa Dandora claimed that he told Kiarie to stop robbing people and he answered rudely saying 'We Fanya Kazi Ilikuleta Nairobi'. Hessy claimed that he would have posted the screenshots were it not for his account being deactivated now and then. Residents claim that Kiarie has been a menace and they are relieved since he won't disturb them anymore.