Police officers from Nanyuki are currently investigating an incident that happened today in the morning after the lifeless bodies of two men was found in their respective houses. 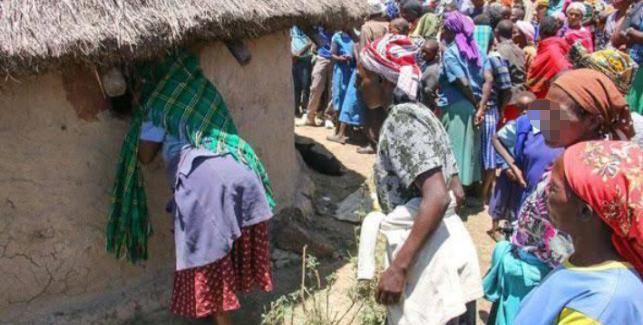 In an incident that has left Alot of residents with unanswered questions, the bodies of the two middle-aged men was found two hours apart after their families reported their deaths to the police.

According to the reports given by the first family, they claimed that the deceased was allegedly found dead in his room after one of his relatives went to check on him only to find his body dangling on the roof top.

A few hours later, another man was found in his house having committed suicide with his family claiming that they were confused due to the fact that they didn't have any argument prior to the man's death.

While reacting to this incident, one of the elders has called upon parents to be free and talk to their children. At the same time, he urged all the religious leaders to pray for them to overcome any spirit that might be causing this.

"I was so confused, i didn't even know what to say because i was called in a matter of hours that these kids had killed themselves, we need to pray for our kids because this is not normal", a village elder said.

In the latest government statistics on the rate of suicide and murder in the country, it has been revealed that Kenya Looses 4 people on a daily basis on deaths that are suicide related.

At the same time, the government has also revealed that Kiambu is the leading county in terms of all of the counties with the highest suicide cases in the country after it recorded the highest number of suicides in Kenya. 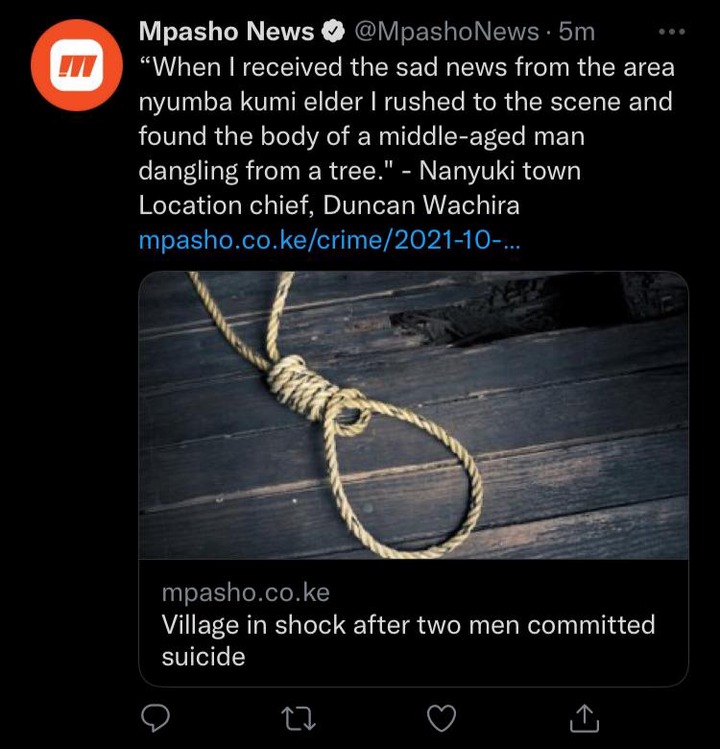