By OmbatinewZ (self media writer) | 8 months ago

Residents of Rakai district have been left in shock after a woman allegedly be-headed her son and then proceeded to bury him by herself in what is believed to be a sacrifice in a cult she recently joined.

Enid Nimisiima, the culprit, did the heinous act in the company of her new lover after breaking up with the husband a few months ago lying to the authorities that the child had died from an illness.

Confirming the incident is the Byakabanda Sub-county chairperson, George Bush who said that residents reported the incident after they became suspicious of the narrative given by Enid.

“We surprised when Nimusiima and her new husband alerted a few people that they are going to bury the son who had but just. They had not even informed us that the child was sick or did yet tell us the cause of his death,” the chairperson said.

The couple became unable to answer questions raised by residents forcing them to exhume the body since proper protocol was not followed. Upon exhuming the body, residents were shocked to find the child's body with missing parts indicating that they had sacrificed the him.

The biological father of the deceased was also shocked to hear what had happened. According to him, he separated with the wife after she started being promiscuous and promised to financially support his children. He further added that he was not aware that his child was sick.

Rakai police officers taken Enid and her accomplice into custody while the police launch investigation into the incident. 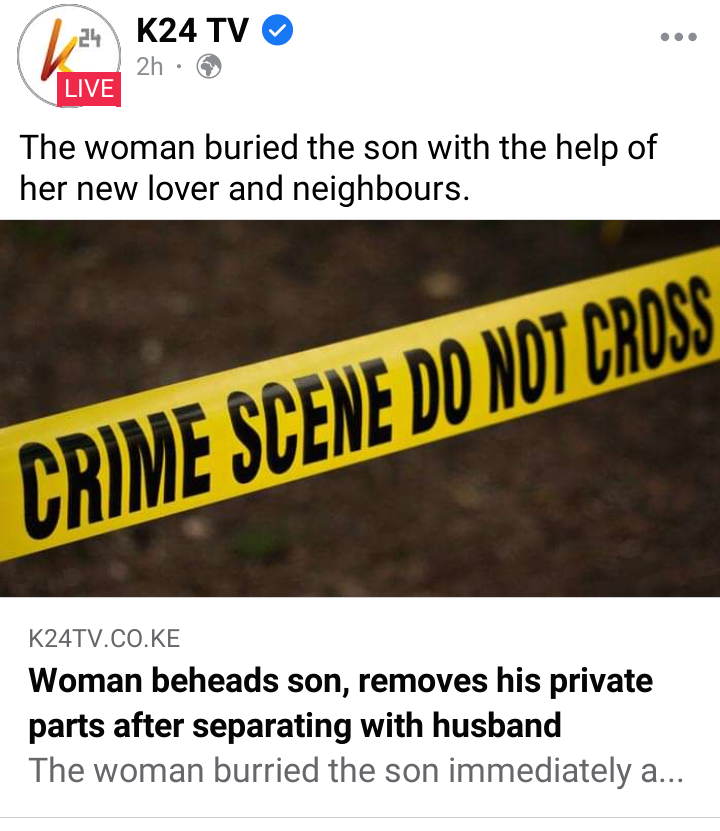