Police officers from Yala in Kisumu are currently investigating an incident that is allegedly happening in one of the renowned rivers in the region where bodies of unknown people have been found dumped by unknown suspect.

"This is not the first time this is happening. We have been pulling out bodies from this place and the past three months. In as much as I would not like to day this, most of the bodies are being pulled out of the river and don't belong to any of the resident from this place. When you conduct your investigation, you'll find out that most of the deceased are young men who residents say are often brought here in broad daylight by suspects who later flee from the crime scene to avoid being arrested ", she said that

While reacting to this incident, kenyans who took to their different social media accounts to express their opinions and suggestions on the matter have called upon the inspector General of police, Hillary Mutyambai to conduct an investigation in order to find out what happened or rather what is causing this deaths.

According to the reports given by most Kenyans, they claimed that it was so unfortunate that the government is yet to do something about this case despite the fact that Alot of Kenyans have gone missing under unclear circumstances in the past few months and are yet to be found. 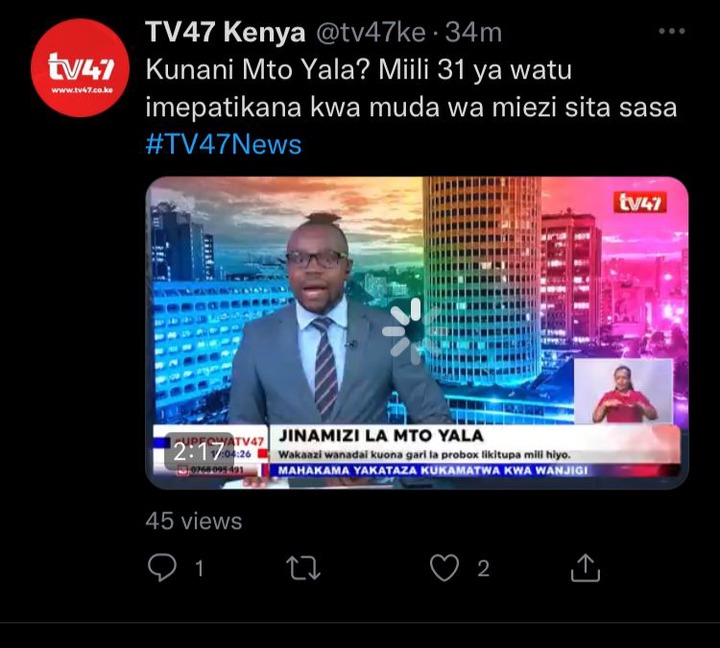