Mystery of a 34yr-old woman who survived 2 tragic incidences: gang rape and being run over a train

By susanjeri (self media writer) | 4 months ago 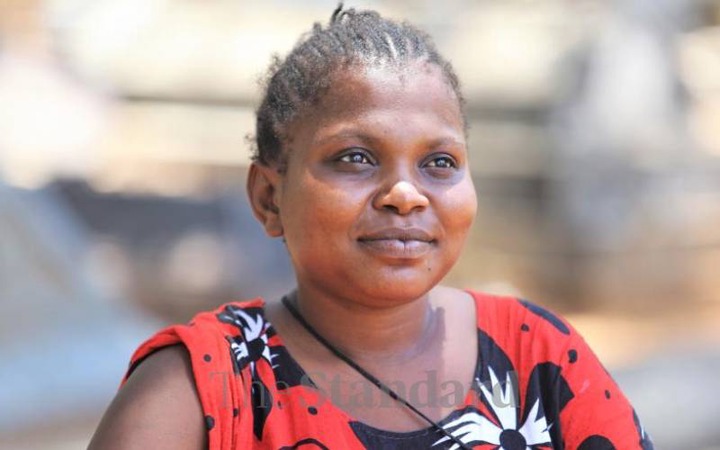 Mkavita related an event on February 3, 2017, where two men attacked, injured, and appended her to the train tracks to be run over by a rapidly moving train at Mombasa's Kibarani area. The train crushed her legs near the hips. In 2018, the appalling lady told a Mombasa court that her ex and an appreciated buddy were behind the attack.

During the experience on February 3, 2017, the bamboozled woman told the court, she was three months pregnant. Irene Amukuma Aisha insisted she had a throw with Stephen Mzee Thomas moniker Kerenje who is co-reviled with Steven Otieno Okalu and being examined for attack and attempted murder. She told the court Okalu was an esteemed ally for more than a decade. Aisha had mixed sentiments at the Mombasa Law Courts as she described her tale concerning the lack of her legs. You could have scarcely heard anything by any means as she depicted the experience reminiscent of violent flicks.

She let the court in on that she was married to Mzee Thomas for simply a month preceding they isolated. In any case, Mzee Thomas and Okalu clear frustrated with the separation ganged up, attacked, and cut her before she was tied on the rail line truck. The charged, Okalu and Kerenje are at this point in prison after they forgot to raise bail. She said that her neighbor just perceived as Kibwana was quick to appear at the scene and when he saw her under the train he asked what she was doing under the train. Aisha said, "I told Kibwana he should ask Okalu (Oti) and Kirenje how they had offered me be under the train"

Content created and supplied by: susanjeri (via Opera News )