Snakes are known to be the most dangerous creatures since creation. From the biblical perspective, it is believed that a snake cheated the first woman into eating the forbidden fruit.

They are therefore the most feared creatures and anyone seen associating with them is normally feared in the current generation.

Residents of Baringo County were woken up by shock and fear after a python appeared on the grave of the recently buried man who was believed to be a snake charmer. 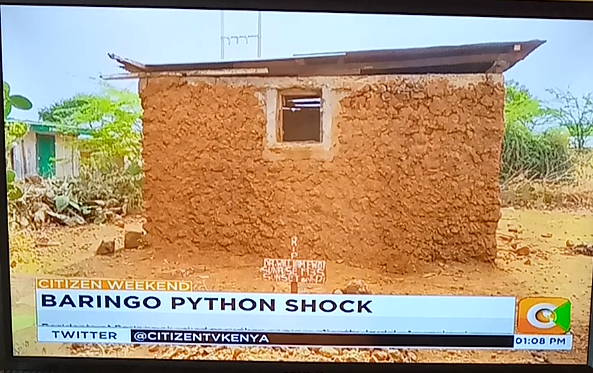 Ewel Nokorot was buried two weeks ago after a short illness. According to Vincent Ewoi, the late loved snakes and had at one point foretold that the snake would come once he dies.

Family members believed that the coming of the snake is a sign of blessings and had joined them in mourning of the late Ewel Nokorot. 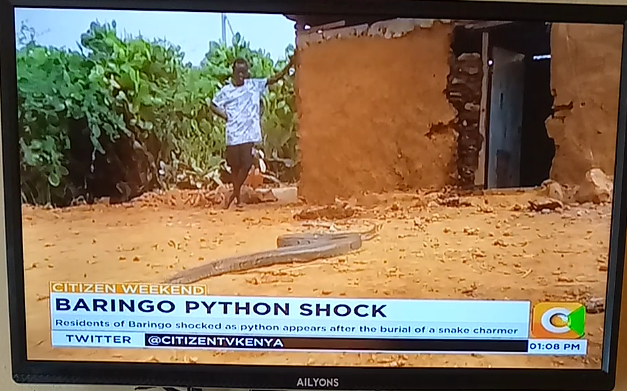 The snake which seemed confident and focussed was not distracted by the crowd who stood watching in disbelief and shock as it proceeded to the house of the deceased knowing well where it was heading . 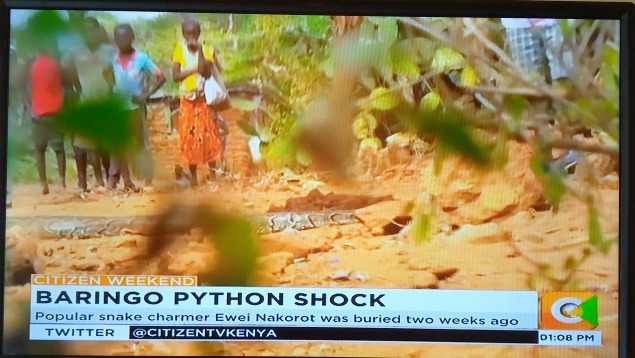 Reactions After Azziad Nasenya Went On a Dinner Date With Her Mother.

Three dead, one injured in Al- Shabaab attack in Mandera

Why you should never burn plastic near your compound