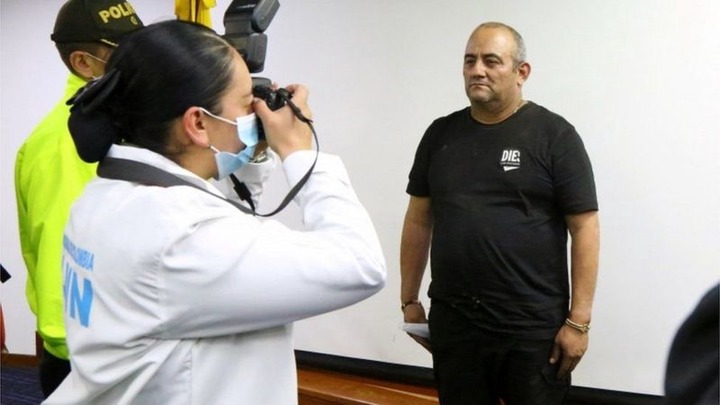 Dairo Antonio Úsuga David alias Otoniel's head was wanted for a prize: The United States had announced a $ 5 million reward for information leading to his arrest while the Colombian government had also announced a $ 800,000 reward.

Despite this, operations to arrest Colombia's notorious drug trafficker, head of the Gulf Clan's largest drug trafficking group, came to an end on Saturday the 23rd of this month after nearly a decade of searching for him.

Otoniel, 50, was arrested in Necocli municipality in northeastern Colombia in a joint operation in which more than 300 troops from the mainland, air force and police co-operated using more than 20 helicopters.

"It's the biggest blow to drug traffickers in this century in our country. It can be compared to the collapse of Pablo Escopar in the 1990s," said Colmbia President Iván Duque, as he celebrated the news.

In 2015 the Colombian authorities launched an operation to arrest Otoniel in which 1200 soldiers from the country's best squad participated, more than twice the 500 soldiers who searched for Escobar. 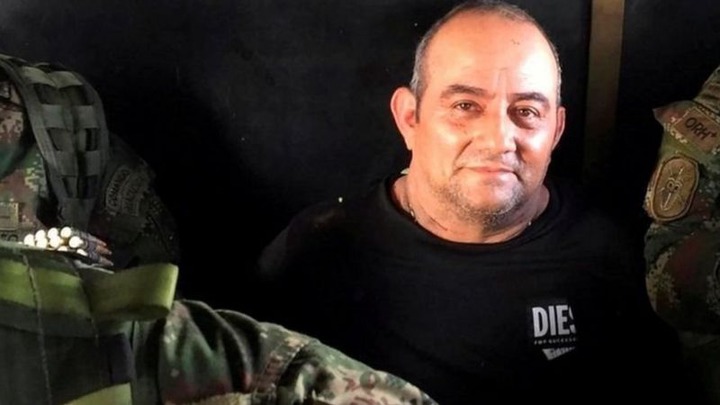 Regarding the Gulf Clan gang, Colombian defense minister Diego Molano said on Wednesday that the gang had become a threat in recent years due to the level of drugs being smuggled to the United States and Europe, in operations controlled by the gang.

But what kind of person is Otoniel?

Otoniel was born in Antioquia in the early 1970's and at the age of 16 joined the disbanded movement of the Popular Liberation Army (EPL) with his brother.

Later along with his brother Juan de Dios Úsuga David, alias "Giovanni", he joined the FARC group and later in what seemed to be a major decision-making process they joined the United Self-Defense Forces of Colombia.

In 2005 the group set up arms in the country but the brothers joined drug trafficker Daniel Rendón Herrera, alias "Don Mario." When he was arrested in 2009, Otoniel and Giovani were left to lead the group. Otoniel became the prime minister when his brother was assassinated in January 2012.

From family to international group

Reportedly large, the Clan del Golfo gang was originally known as Urabeños, the name derived from the Urabá area that operates its operations, despite the gang having roots throughout the country and even more so. (members of the group have been arrested in Brazil, Argentina, Peru, Spain and Honduras. 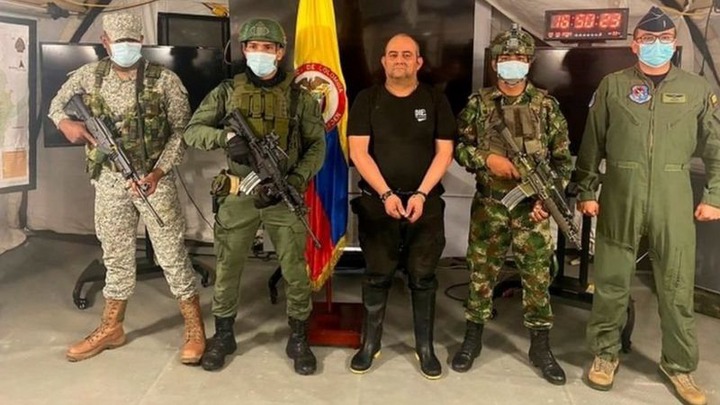 At its center has been the Úsuga family gang in which Otoniel and Giovanii also had several cousins ​​and other close people.

For example Francisco José Morelo Peñata, alias "El Negro Sarley" who was killed by police in April 2013 had an affair with one of his sisters Otoniel, according to police and was second in the gang after Giovanni's assassination.

The man in charge of the group's finances was his friend Otoniel, Blanca Senobia Madrid Benjumea, alias "La Flaca", who was arrested in 2015.

The only person described by police as a Mexican gang member is the one in charge of drug trafficking to Central America was Otoniel's nephew and El Negro Sarley's stepdaughter, Harlison Úsuga, alias "Pedro Arias", who was also arrested in 2015. 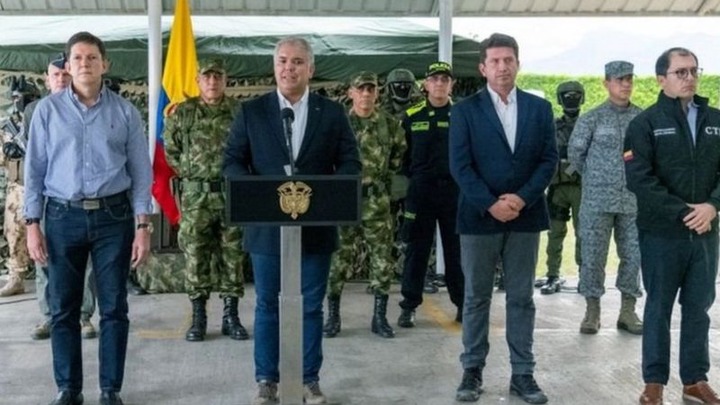 Pjoto: The nation's government compared Otoniel's arrest to that of Pablo Escobar.

Last August, the Colombian government ordered the extradition of Alexander Montoya Úsuga alias 'El Flaco', his cousin Otoniel who was arrested in 2012 in Hunduras.

The U.S. Department of Justice had named the Gulf Clan gang as one of the world's biggest threats to the country.

Internal family ties, as well as living in an area in Colombia that they understand well are some of the reasons why it was difficult for the authorities to arrest Otoniel.

After Giovanni's death, the group staged a strike that left operations stranded for several days. But Otoniel also had a number of tricks to evade the hunters.

For example, he used trained dogs to let him know when a stranger was approaching so that he would have enough time to run away. In one of his escape movements he left one of the animals' houses.

Police picked him up and named him Oto and trained him and used him in an operation in 2015 to help them find his former boss.

According to the media in Colombia, Otoniel did not use modern telecommunications equipment such as a telephone to prevent surveillance. So he communicated with members of his group using messages distributed through devices such as recorders and using humans to distribute those devices.

Fear of arrest also led him to frequently change places where he slept at night in the woods and often slept in huts. The huts had large televisions, expensive drinks, and perfumes that the authorities found during the search.

Another thing they discovered was the presence of special and expensive pillows, which helped relieve joint pain. Now that he has been arrested, it is unknown whether he will persuade the authorities to allow him to sleep in such pillows while in prison.