By Shahhhh (self meida writer) | 28 days

Police officers from Naivasha have launched investigations into an incident that happened yesterday in the evening after the body of a middle-aged woman was found dumped along the Naivasha-Mai Mahiu road.

In a report that has been given by the Standard news magazine, the body of the deceased which they said had been mutilated by her Killers was found by one of the residents, a student who was heading to school later who alerted the police.

Several reports given by witnesses have revealed that the deceased was allegedly dumped at the scene by what appeared to be like a white Probox that later fled from the crime scene after Dumping the deceased.

While reacting to this incident, police officers from Naivasha who have since launched investigation into the incident have revealed that over ten bodies have been found along the same road most of whom were killed by being strangled. 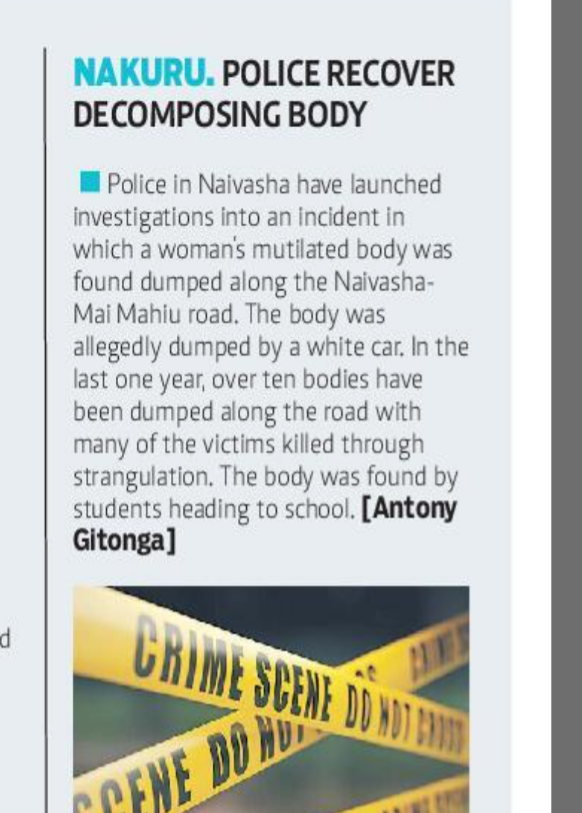 While reacting to these incidents, the inspector General of police, Hillary Mutyambai revealed that they are currently searching for the syndicate behind these abductions and Murders. However, he also called upon parents to be on the look out adding that most kids are being stolen due to parents ignorance.