By Cpatterson (self meida writer) | 27 days 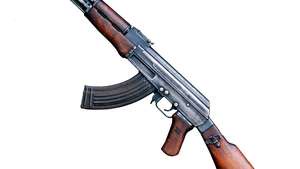 One man, a prison warden was arrested on Tuesday night for allegedly shooting dead his wife and one year old kid.

The incident happened in Waita, Kitui county and was confirmed by area assistant chief Joseph Ndunge.

Ndunge said that a three-year-old kid escaped unscathed during the incident since he managed to escape.

He confirmed that the incident happened within Waita prisons compound.

"At around 1930 hours I got information that there was a prison officer who had shot his wife dead and a small child aged one year," said Ndunge.

"Luckily another kid aged three was able to escape. After the incident, the man handed over his gun to other officers and told them he had killed someone," added the chief.

The man was arrested while attempting to escape and put in custody.

The bodies of the two were moved to Mwingi level four hospital mortuary for preservation.

Details Of A Suicide Letter Wrote By Wahura, A 35-Year-Old Doctor Before She Died At KNH Parking

I Am Single, Successful But Very Lonely. Lady Cries Out