The younger sister to the late Agnes Tirop, a Kenyan Olympic Champion Who is reported to have been murdered by her husband broke her silence after the death of her sister revealing an incident where the deceased allegedly showed her a video of her husband threatening to kill her. According to the reports given by the woman, she claimed that her sister was afraid of the suspect due to the fact that she had at one time showed her a video of the suspect who was threatening to kill her.

She went ahead and called out the ministry of sports faulting them for the death of the deceased claiming that she had tried to raise an alarm after noticing that the late Agnes Tirop was afraid of her husband who eventually killed her.

In an incident that happened a few days ago, the body of the late Agnes Tirop was found lying in her bed by one of the witnesses who immediately alerted police officers. According to the reports given by the officers, they revealed that her husband who is currently in custody confessed to killing her.

At the same time, the family of the deceased has called upon the government to get or rather reclaim all the assets the suspect had collected from the deceased claiming that he had killed her to Inherit her wealth. 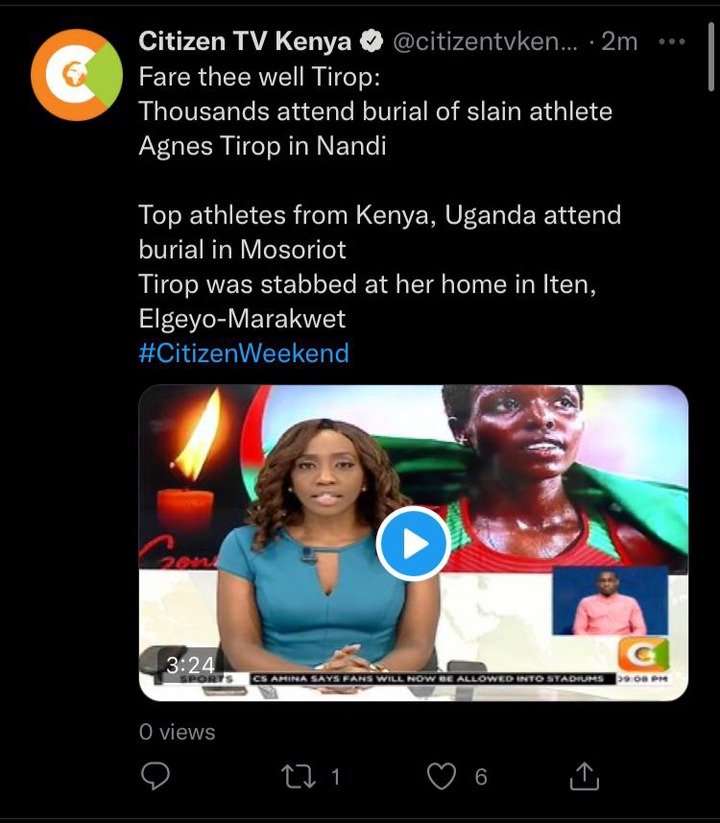