A Senior Police Officer from Nyamira has refuted claims that a popular gospel musician who allegedly hacked his wife to death before killing himself did so after being infected with HIV/AIDS.

In an incident that happened yesterday, the body of 50 year old George Aguwq was found dangling in his ceiling whereas the body of 45 year old Mary was found lying in a pool of blood on the floor.

According to the reports given by the police who responded to the incident after being alerted by one of the locals, they revealed that the man hacked his wife to death before killing himself.

However, when it became too much, he secretly visited a VCT where he allegedly found out that he had been infected with HIV and for this reason, decided to confront his wife after accusing her of infecting him with the virus.

The confrontation turned ugly after he hacked his wife several times before killing himself using a piece of cloth which he used to hang himself on the ceiling.

In what might be considered as a new turn of events, police officers have revealed that the suspect might have not killed his wife for infecting him with HIV adding that there was another reason behind the brutal murder.

According to the reports given by one of the police officers who is currently investigating the incident, he revealed that the suspect allegedly committed this crime, due to the embarrassment and pressure he received from a number of locals who accused him of being weak due to the fact that his wife was cheating on him in public. 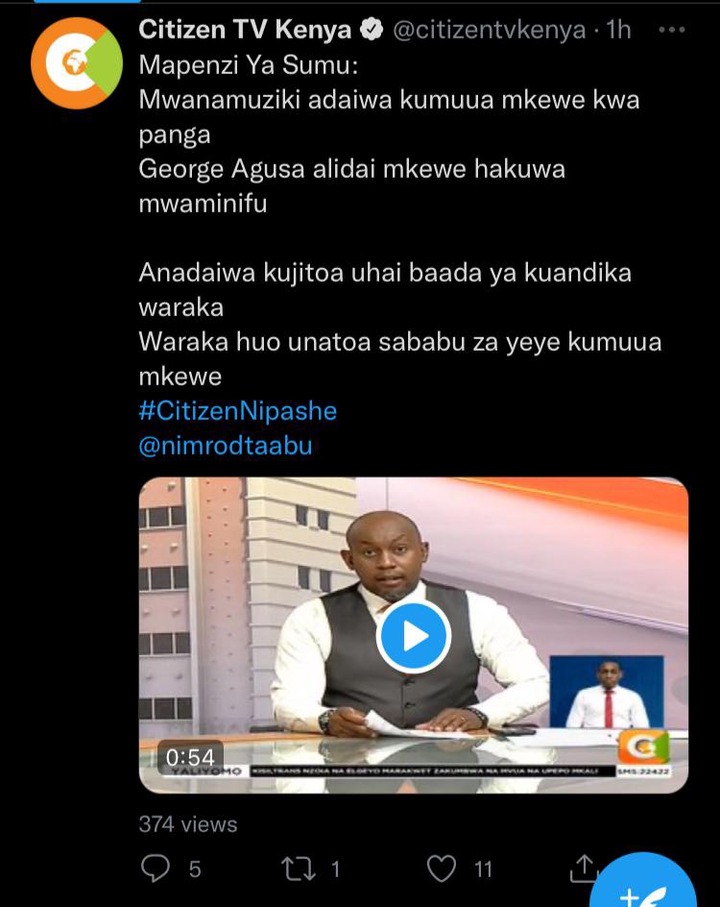