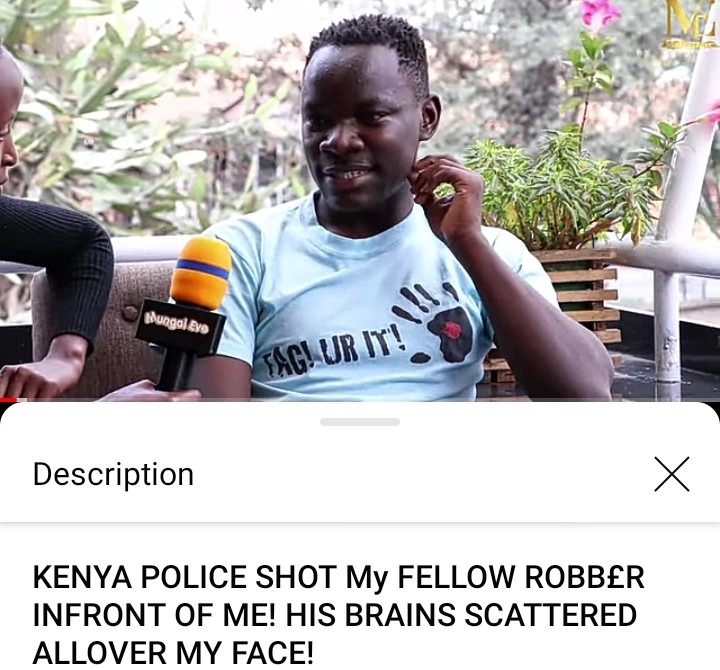 Sometimes some events usually happen to help us change our behaviour and life completely.Austin a reformed robber is one of the people whose some events made him change his way of living and reformed completely. 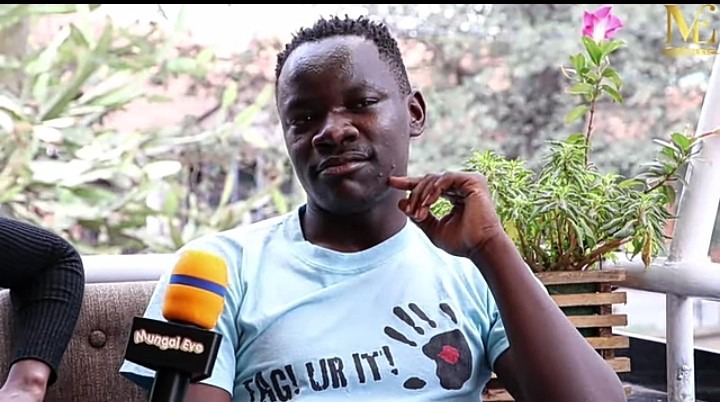 Speaking on an interview with Mungai Eve, Austin said that hardships and the urge of having money forced him to join a criminal gang in 2013 while he was still in primary seven. There gang was made up of 8 people who were fully armed with guns. He continued by saying that they used to steal on bigger shops like Mpesa and also to steal from rich individuals. 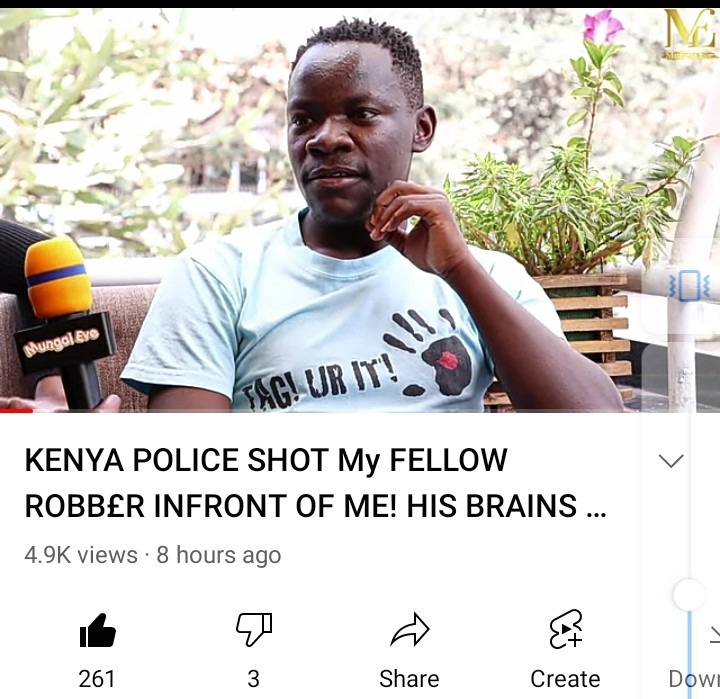 Austin said that all that time nobody knew what he was doing, even his parents were not aware that their beloved son is a thief. All their missions were successful untill 2015 when something unusual happened. They had successfully robbed a certain supermarket in the city, so while they were escaping, the police were already at the crime scene, so there was an exchange of gunshot between them and the police. 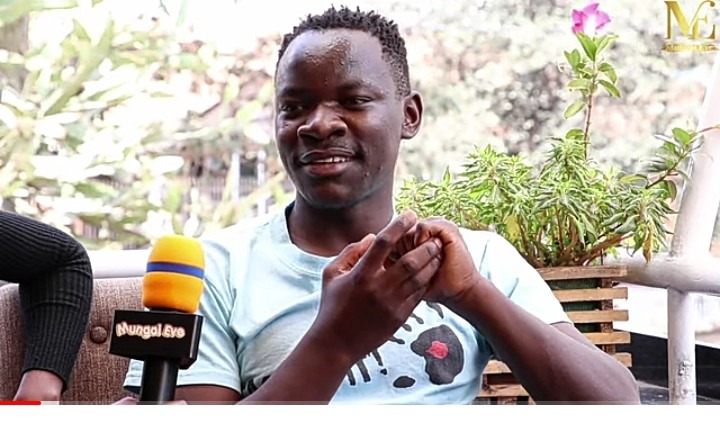 This time round things were tough and they couldn't stop the police force any more, the only remaining option was for them to run away. So while trying to run away, his fellow robber, who was also his best friend was shot a live bullet on head and all his brains scattered all over his face. The blood made him not to be noticed by the police their for surviving and getting away like that. 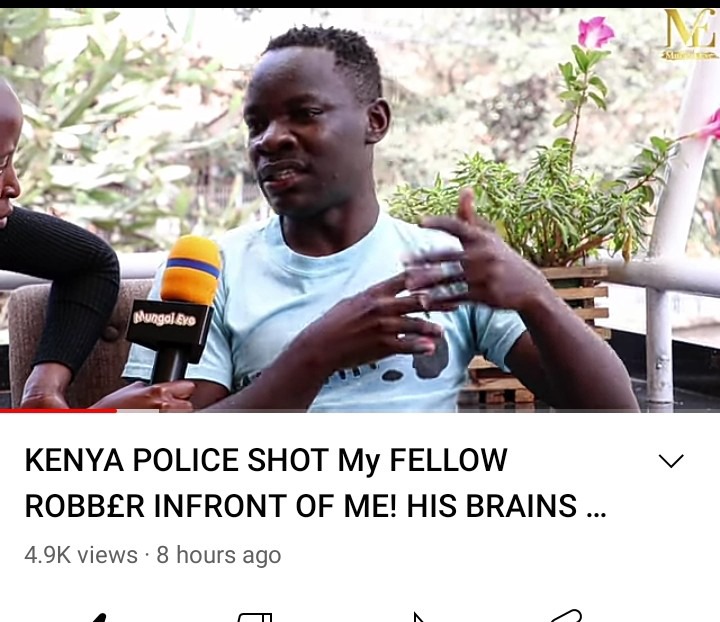 After he had seen his friend dead, Austin vowed not to engage in criminal activities again, he decided to live the gang and started a new life. He said the gang was dissolved and some of his friends changed while others he don't know what they are doing. Austin is now a changed soul, he goes to church and he promised himself not to steal again in his life. All the best Austin, may almighty God make you great. 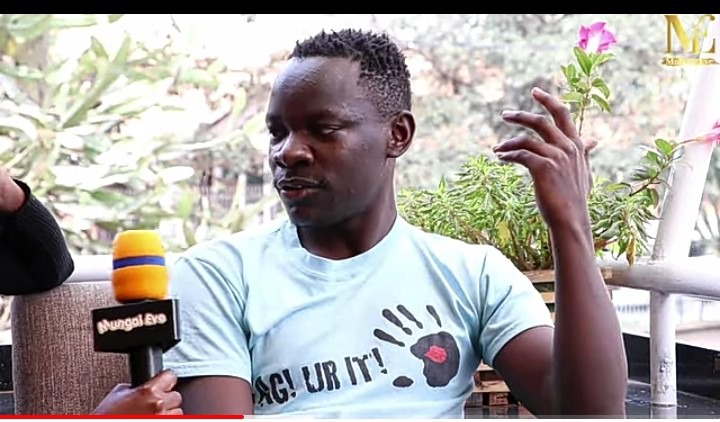 UPDATES: Family of Olympian Agnes Tirop Uncovers a Major Reason that Might Have Led to Her Killing

How Mashujaa Day in Kirinyaga County Has Benefitted the Community

Son Stabs Mother to Death a Day After Visiting Him, Inflicts Serious Injuries to Brother

Four Dogs For Home Security in Kenya; How Much They Cost

Are All Old People In The Society Especially In Kisii Land Witchcrafts? Why Burn Them Like That?