By BibahBM (self meida writer) | 15 days 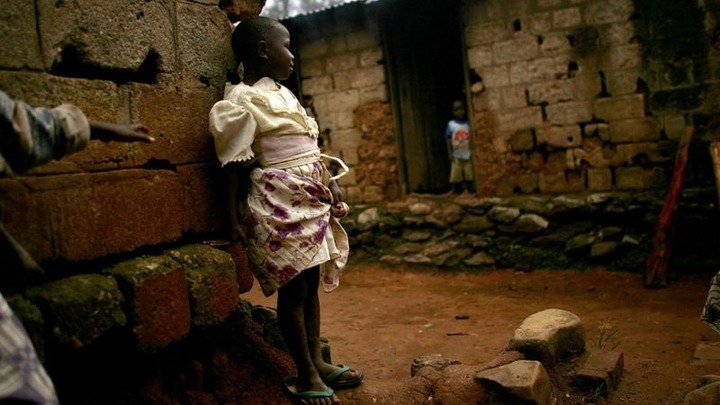 Research data indicates that girls are the most vulnerable to child abuse .

Child abuse is considered to be an act of violence or intent to harm a child either psychologically, emotionally, sexually or physically or by the caregiver who takes care of the child up to the age of maturity which is 18 in majority of the countries.

The caregiver can be a parent or other family member or a provider of such services such as sports coaches, a teacher, a stranger and so on.

Some forms of abuse includes:

This happens when a child is physically injured or is in danger of being harmed by someone else. For example, stabbing, punching, kicking or biting, throwing a child or tying a rope and so on.

This includes engaging in any form of sexual activity with a child, such as fondling, physically assaulting, abusing, or exposing a child to pornography, sending him or her text messages, e-mails, or any other sexually explicit material. Showing the child the private parts of another person or even having a bad joke with him.

Emotional abuse means to enter into dignity or to harm one's self-esteem or emotional growth. It includes verbal abuse such as continuing to despise or criticize a child as well as isolating, ignoring, rejecting, threatening, or reprimanding.

This happens if a person gives false information about a child's health and claims that he or she needs medical treatment and puts him or her at risk of injury or needless treatment.

Abandonment is a failure to provide the child with basic necessities such as food, shelter, love, supervision, education or treatment to ensure good health.

SIGNS AND SYMPTOMS OF ABUSE MAY INCLUDE;

You can take the following as symptoms but it is important to know that they do not have to be these especially because there is so much the kid can go through.

The child may have a wound on his body parts such as the eye, back, broken bones, burns and so on. Injuries can be more than one, probably all of the back, arms or legs.

Refusing completely to go somewhere or start crying when he has to do something like going to school, or a place where harassment can happen or he cries a lot when you leave home and when you come back he jumps and hugs you, he doesn't even want to see you leave him all day.

- She looks scared to be with someone.

- Also be extra careful when the kid looks like someone who expects something to happen that will be unpleasant.

- Appearing to be in need of something, to be anxious or to be scared.

- No absolute closeness to the caregiver.

- Withdrawal from friends and others.

- Running away from home.

- Having nightmares or strange dreams at night.

Also, sometimes if a grown-up who stays with him or her is the one who is abusive, you may see the following:

- Being really aggressive with the child.

- Showing strange behavior such as having no boundaries with the child.

- Instead of correcting him, he is always angry with him and scares him.

Pediatricians are against any form of child abuse but it should be noted that there are some parents who use the whip as one way to get the child back. However, in order to avoid harassment, the parent or guardian should not pass such a measure.

It is also important that when you suspect there is probably something your child is going through that is unusual, it is important to start following the procedures to find out the truth instead of ignoring it, you may come to regret it later.

Most importantly, the development of a healthy child mentally, physically, emotionally and psychologically is everyone's in society and being responsible.

Why Mukundi Didn't Want Kids With Njeri, How She Became Pregnant, Her Affair With "Mpando Wa Kando".