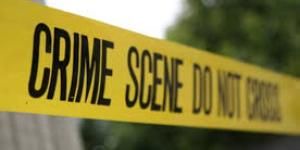 Residents of Sibaiyan Location in Bomet County were left in a rude shock after a shopkeeper hacked his friend to death over Ksh400 debt.

Reports from the Director of Criminal Investigations(DCI) indicate that the two were involved in an altercation after the suspect sought to have his debt repaid.

However, resistance from the deceased angered the suspect, who responded by stabbing his friend on the right side of the chest.

Reports further indicate that the suspect, a shopkeeper, continued with his business undisturbed by the incident that took place on Saturday night.

"The incident followed an argument over a Sh400 debt, which the deceased owed the shopkeeper. After being stabbed on the right side of the chest, Keter was left for dead outside the shop," DCI read in part.

The deceased's body was found lying outside the shopkeeper's premises by a concerned villager, who informed the police at Chesoen police station.

Detectives from the police station rushed to the scene and carried out preliminary investigations, upon which the suspect was apprehended.

He will be arraigned in court on Monday to answer to murder charges. The detectives also seized a blood-stained knife that will be used as an exhibit.

Fatal disagreements have become common according to police reports. In the same county of Bomet, a man stabbed his wife to death on July 25, 2021, over domestic issues before committing suicide

According to the sources, the suspect had a brief argument with his wife after he sold chicken in the nearby market to buy school uniforms for their children.

On October 2, 2021, a 32-year old man from Kipreres in the same county, was suspected of slitting the throat of his 25-year old wife over money she owed him. 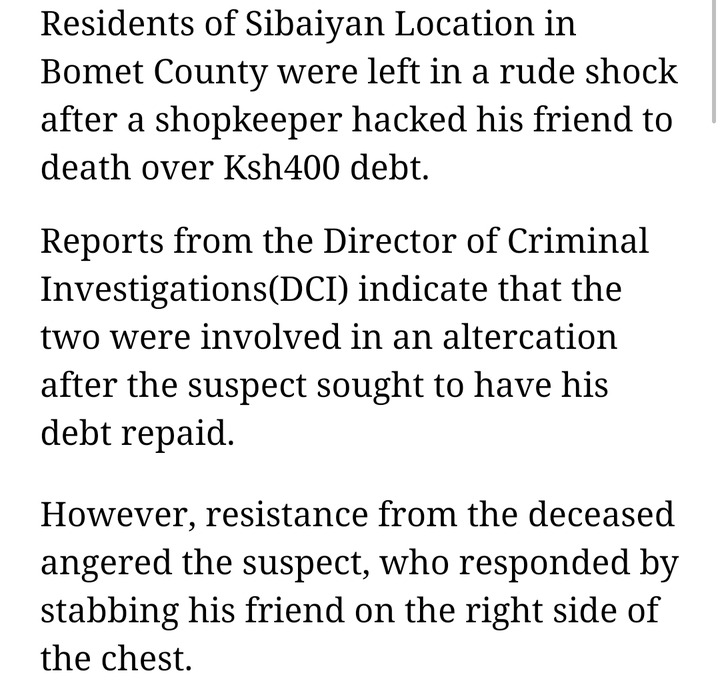