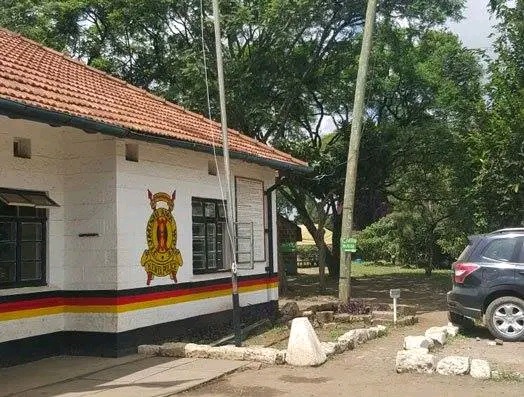 A police officer has been arrested after being caught red-handed while attempting to rob a set of university students within Machakos county.

A reliable source of information indicates that the police officer who is based at Machakos county today morning, 5th of December, attempted to rob the Machakos university students. The police officer was accompanied with one person whose identity is yet to be confirmed.

Meanwhile, during the raid by the police officer one of the university students luckily managed to escape from the jaws of the armed officer. The escaped student cried out loudly for help while running away from the robbery scene and this sent an alert to the locals within the area.

A group of charged locals immediately arrived in the scene and saved the remaining student from the robbers. Despite the officer handing back the phones and other robbed accessories the mob ran a number of blows and beatings upon his body.

The officer turned robber and his accomplice were later saved by fellow officers from the hands of the mob. The two individuals are currently serving their partial detention at Machakos police station.