Incidents where critical infrastructure has been affected because of thieves that vandalize railways have been on the rise in the recent past.

This evening, according to the available reliable reports that we have with us from Directorate of Criminal Investigations in Nakuru County, thieves who were caught last night vandalizing the railway took off and left behind their loot and the getaway lorry.

The thieves had already loaded over sixty rails into the lorry at Rongai, Nakuru County when they were intercepted by the police at around midnight last night.

The 60 Rails as well as 120 Slippers had been vandalized from the line that is said to run from Rongai to Kampi ya Moto as well as Solai.

Upon sight of the police officers, the loaders as well as the lorry driver immediately took off leaving the lorry, with registration number KCH 646T loaded with the many vandalized materials.

A manhunt has been launched for the loaders as well as the lorry driver as per the reports that we have with us from the DCI in the area. 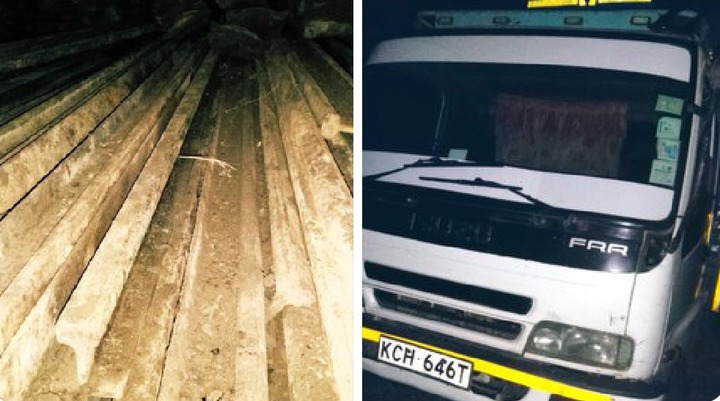 Picture courtesy. Image of the stolen rails and the lorry left behind.