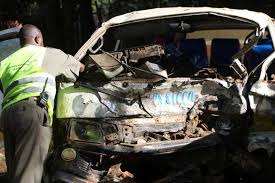 A female traffic cop along Nairobi_Mombasa Highway has lost her live as she was saving accident victims on Sunday morning. The police officer and her make colleague had answered calls from motorists who had witnessed a Mercedes Benz truck overturn near a petrol station in Athi River, Machakos County. According to a police report filled at Kyumbi Police Station, the Mercedes Benz truck driver en route to Nairobi lost control and veered off his driving lane 50 minutes past midnight. 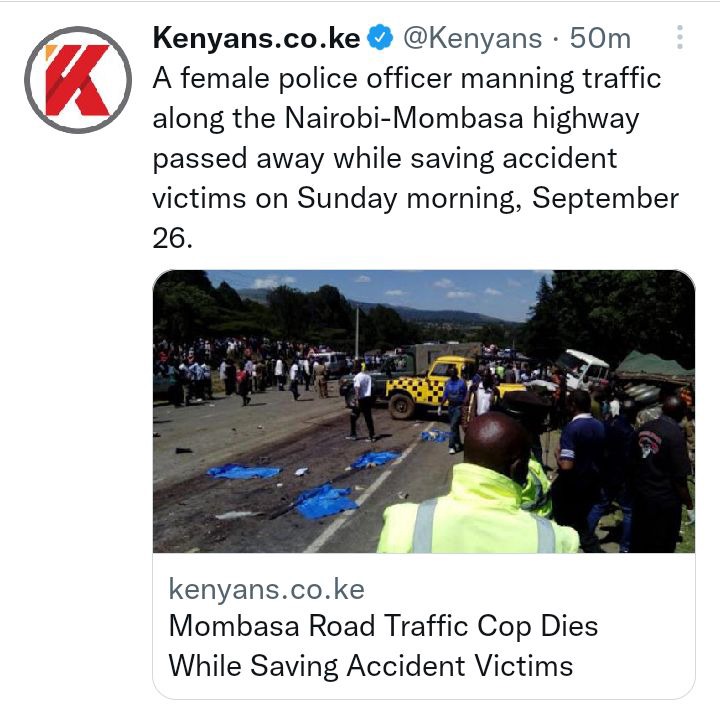 The truck is said to have rolled and overturn on the opposite side of the dual carriage way and spilt it's content in the middle of the highway. A 2nd car, Nissan Sunny, was also involved in the accident a few moments later after the driver hit the spilt contents. The allegedly overspending driver lost control and landed in a ditch. Alarmed by multiple road crash motorists called emergency service providers while cautioning other oncoming drivers. 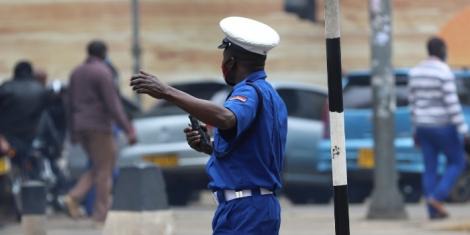 As the deceased and her colleague hurried to save the occupants of the two crashed vehicles and to process the accident scene, a Mazda Atenza driver also hit the spilt contents and veered off the road. The driver lost control and hit the cop who died on spot.

The body of the police officer was taken to Machakos Level Five Hospital where a government pathologist was requested to conduct a postmortem. The three vehicles involved in the accident were taken to Kyumbi Police Station for inspection and proccesing. Officers from the police station, DCI and Sub_base commander visited and sealed off the accident scene as investigations on the case begins. 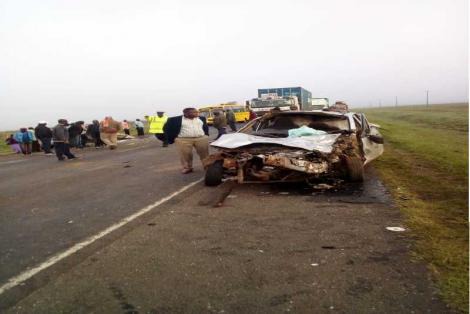 Revealed: The Properties & Amount Of Money Husband Of The Late Agnes Tirop Had Transferred

Mutyambai Breaks His Silence, Reveals the Truth on Way Forward for Bars After Uhuru Lifted Curfew