By InstantNewss (self meida writer) | 4 days

Former Nairobi governor Mike Mbuvi Sonko has impressed alot of Kenyans by fulfilling a promise which he has made to the women and girls living in the coastal regions of Kenya. 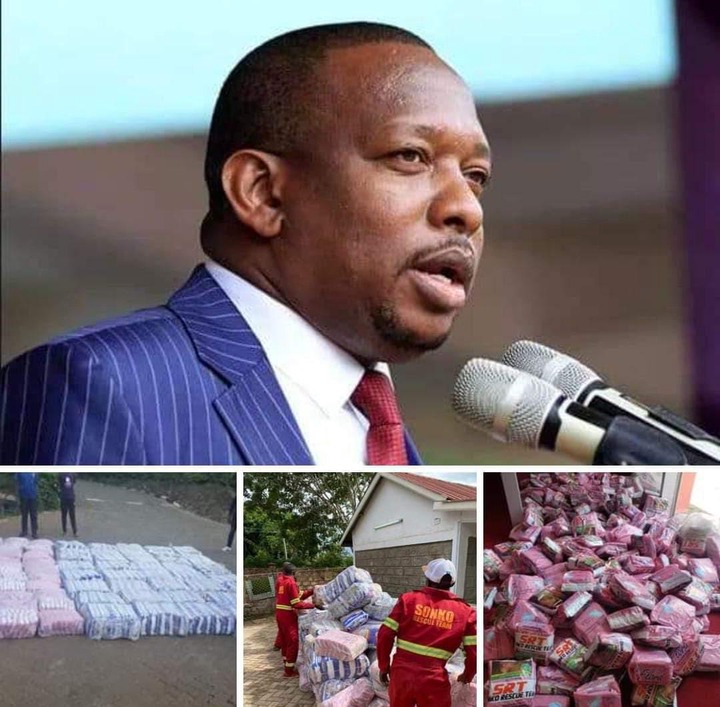 Taking to his Facebook account to express his excitement and satisfaction for doing what he promised to, ex Nairobi governor Mike Mbuvi Sonko revealed that he had sent several Sanitary pads to the women and girls living in Mombasa.

In his own words, he claimed that he was pleased to do this because according to him, women's lives and dignity were more important than any other thing and so with all of this happening, he promised to do more whenever he gets the chance.

According to the reports given by citizen TV in an earlier reports, it was reported that young women from the coastal region of Mombasa were always selling their bodies in order to afford this necessities and so due to this reason, they called upon all well wishers to chip in.

His acts of kindness has sparked alot of mixed reactions from Kenyans who seemed to have different opinions and suggestions on the matter.

With a section of Kenyans claiming that maybe he was doing this be he was aiming at going for another political seat, others went ahead and congratulated him for always trying to help Kenyans despite the fact that he is currently facing other problems. 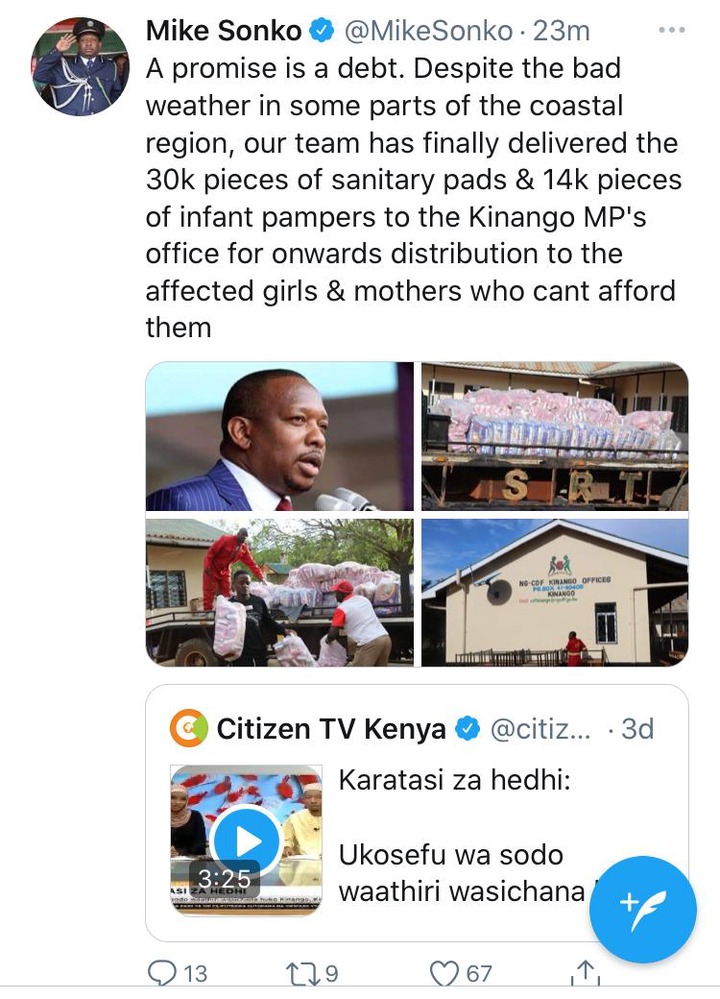 Ladies, Never Say These Things To Your Guy If You Want Your Relationship To Last

Happy Mother’s Day : The Best You Can Wish Your Mom On This Fantastic Day

Raila Odinga Posts A Rarely Seen Photo Of Her Mother As He Celebrates Her On This Mother's Day.

Reasons Why Married Ladies Cheat in a Relationship

Facts:See The Effects Of Too Much Homework That A Child Receives

Despite Being Jailed For Ten Years, Jackline Has A Passion Of Becoming A great Musician.