Police officers from Kiambu are currently investigating an incident that happened yesterday in the evening after a university student Reportedly Died under unclear circumstances after spending her day with a woman who is reported to have been his girlfriend. 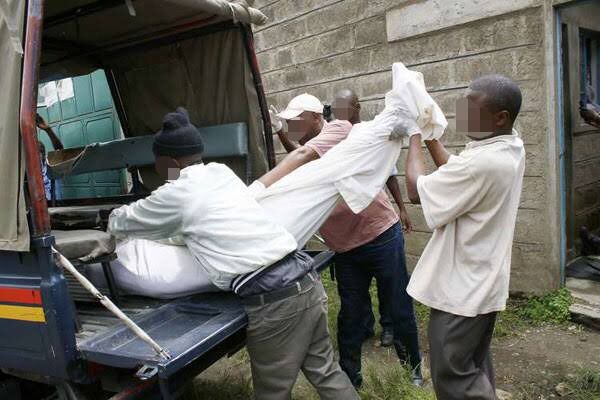 However, according to the reports given by the police officers they claimed that the girl claimed that the other man was her cousin. With this in mind, the students went on partying for a while Untill they decided to go and get food from a nearby restaurant due to the fact that they had not taken or rather consumed anything due to the fact that they spent their night partying.

This was followed by a dramatic scene after the girl's boyfriend realized or rather found out that the other man was his Girlfriend's boyfriend and for this reason, they allegedly started arguing over the woman in an incident that ended with the death of the deceased.

According to the reports given by the directorate of criminal investigations, it has been revealed that the group who were drunk Confronted each other after which one of them or rather the deceased who has been identified as Momanyi fell off from the first floor of the building dying on the spot.

The suspects were taken to the police station for more investigation and questioning over the same. While reacting to this incident, kenyans who took to their different social media accounts to express their opinions and suggestions on the matter have called upon the DCIs to charge the girl and her lover. 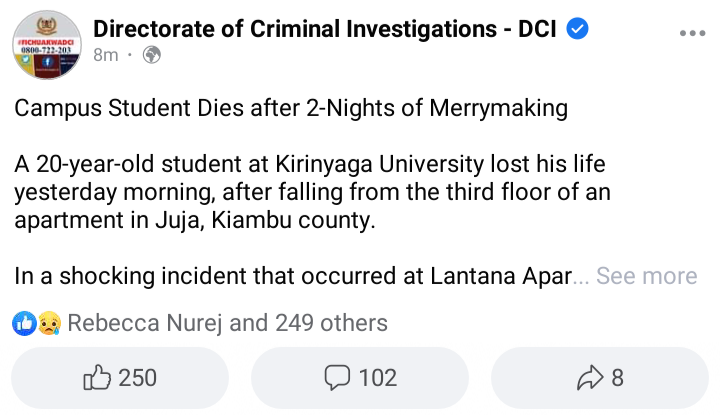 Have You Seen This Man? If You See Him Or Knows His Whereabouts Report To DCI Or To Police Station