An elderly woman in her 70's has caused an online uproar after she narrated her story to investigative freelance journalist Monica Kagoni on how she ended up living single without any children. 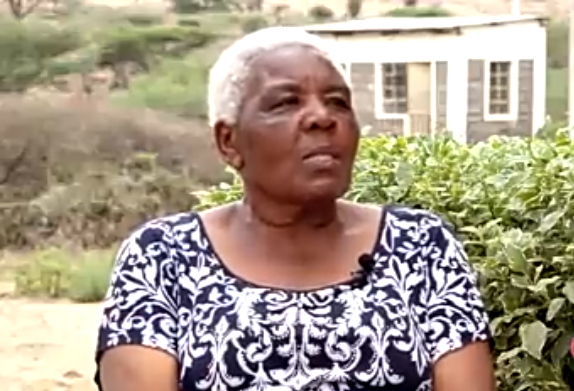 Martha Mumbi who hails from Kajiado county revealed that she has been a teacher in several bible schools in the country until she decided to concentrate on service to God and humanity by opening up a school.

To answer the question on why she decided to remain single and childless, Martha attributed her decision to three reasons. To start with she revealed that her mothers marriage life affected her in different ways. She claims that her mother was married off by her parents so that they could get money to pay for her brothers education.

Secondly, the decision by her father to take another wife attributed to her decision never to marry. This is because she was forced to take care of her six months old sister while her mother was taken ill at Mathari hospital. After seeing what her mother was going through, her desire to have her own children significantly diminished.

The peak of it all came when she attempted to date a man who cheated on her. After they broke up, Martha decided that she was never going to date again. Her decision gave her time to concentrate on her profession as a teacher as well as in theology. Today, she owns her own private school which she conforms that it is doing well.