By ModernRogue (self meida writer) | 24 days 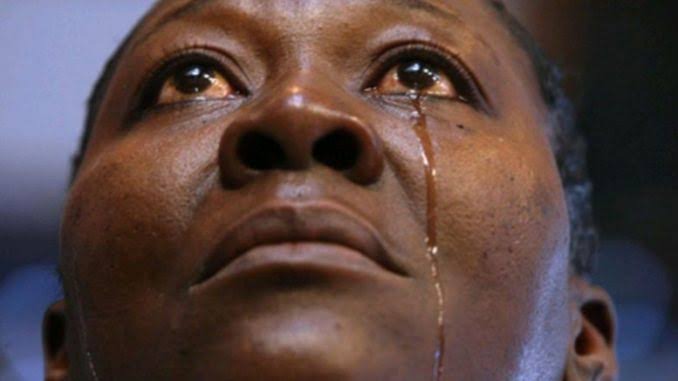 People who are in relationships need to trust each other. If couples trust one another, their relationship is likely to last for many years.

A sad incident is reported to have happened in Kericho after a man busted his wife using his phone.

According to reports, the man had left his phone in the house before leaving. His wife who remained in the house found a text which said "mambo". Curiosity took the better part of her and she decided to check the person who was behind the text.

Unfortunately, her husband stormed back into the house when the wife was still copying the number of the sender.

The husband was furious at his wife. He went and took hot tea which he poured on his wife's privates.

The wife is now nursing serious injuries. According to reports, neighbours have been shocked by the incident. According to them, the family has never had disagreements and this action by the husband came as a huge surprise to them.

The family of the wife has called on the government to take action on the husband.

What do you think should be done by couples to build trustworthiness in relationships? Comment down below.

What Dr. Gakara's Sister Asked Police To Do On Monday In Probe To His Murder- Suicide Allegations

Dr. Gakara's Death: See What His Family Was Planning For Him If He Could Get Well

Here Is The Meaning Of Omanyala's New Car Number Plate

Check Out Who Was Near Dr. Gakura When He Died And The Reason For Being There At Nakuru Hospital

Reactions As Man Claims Ali Kiba Is His Father