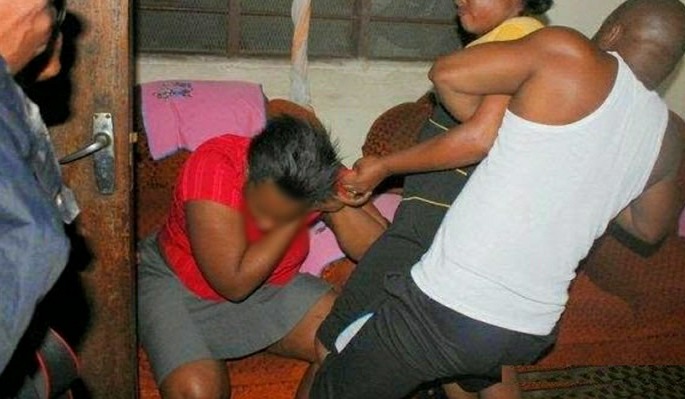 Marriage is a sacred union in which two lovebirds come complement each other in a life that is full of ups and downs. The many challenges experienced in modern marriages serve as a lesson to the youth who are still single in that they should not rush into marriage life since they might make the wrong choice. It is obviously said that the person whom you will marry will determine your level of success and happiness in life. This is the reason why many marriages don't last as the parties were just driven by lust and after some time the couples no longer have feelings for each other.

A Kenyan man identified as Kariuki (not his real name) has opened up on his experience from a woman whom he met on social media and they ended up dating. According to TUKO NEWS, Kariuki met Leila (not her real name) on an online dating site and at that time Kariuki was really looking for a lady as he wanted to settle down and have a family immediately.

The lady had cheated that she is a Tanzanian living in Nairobi Buruburu estate but later the guy found out that she was Kenyan. The two lovebirds just talked on phone for one month after meeting on social media and they then planned to meet physically in 2014. The man was living in Nakuru by then and so he called the lady to come and start living with him. The lady was a single mum of five and the guy allowed her to come with two of her kids as they live together as a family.

In 2016, the two were blessed with a kid of their own and at that time the unexpected happened since the guy lost his job as a driver who was transporting fuel from Nairobi to Congo. The guy became very broke and decided to take a loan to cater their basic needs and the baby. 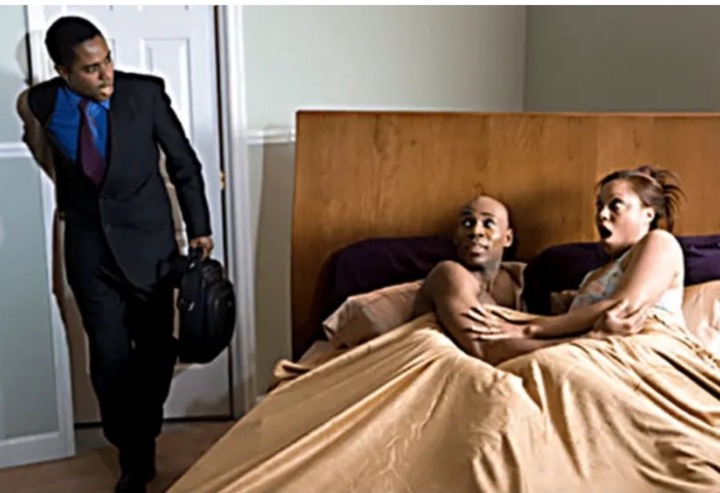 Kariuki highlights how he landed another job in Afghanistan in the year 2017. Kariuki was earning Kshs. 130K per month and he used to send all the money to his wife. The contract expired in 2019 and Kariuki came back to kenya and the wife was mad at him telling him that he does not know how to hustle and take care of her since he was broke at that time.

Kariuki reveals how he came to realize how his wife had really changed and he was sleeping with multiple men. He came to know this when he managed to see the WhatsApp conversations from his wife's phone. His wife started praising another man whom she had saved as 'Taxi man' on the phonebook highlighting that the guy is very good and shows some prowess when it comes to bedroom matters. 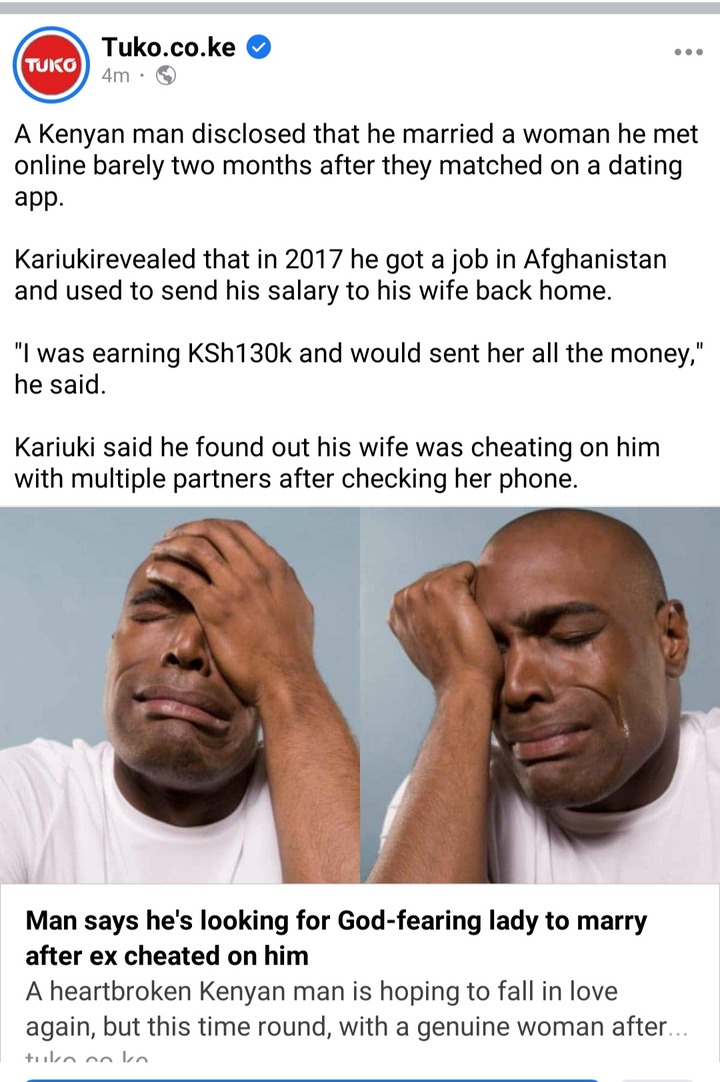 This was the time when Kariuki felt heartbroken as he learnt that other men are sending money to his wife as she service their body needs whenever they want. Kariuki was tired with all this and decided that enough is enough hence he took his clothes and went to live with his sister.