"When Your Husbands Speaks, You Are Not Supposed To Speak Much," Racheal Ruto Says

By ANjangiru (self media writer) | 9 months ago

The Deputy President William Ruto and his wife Racheal Ruto attended a service this Sunday in ACK all saints church in Mtwapa Kilifi county. 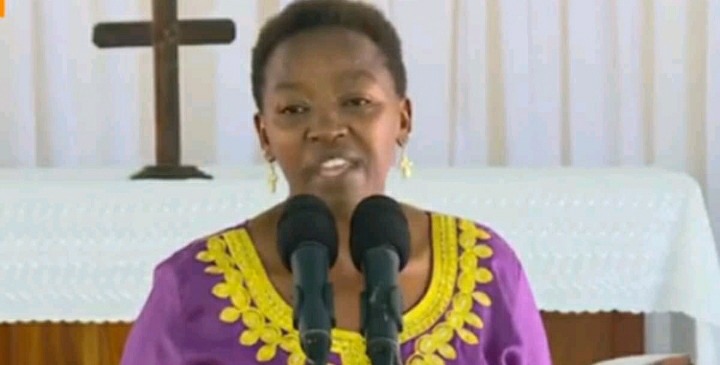 Racheal left the believers laughing when she said that when a husband speaks the wife is not supposed to say much when she was allowed to speak.

"I am with my wife here, and I ask I give her a chance to say something," Ruto said after speaking.

Racheal arrived at the podium humbling herself and said that she won't say much since her husband had already spoken.

"Thank you so much the Deputy President, my husband has spoken and according to our Kalenjin culture, when your husband speaks, you don't say much, only what we ask of you is a lot of prayers, Racheal said.

She wanted the believers to continue praying for the country saying that even when David was a King he did a lot of mistakes but asked for forgiveness.

"Even there are so many mistakes we are doing and asking for forgiveness is the most important thing," added Racheal.

Racheal's humbleness to his husband and also to the other leaders have been admired by many in social media and Kenyans in general. 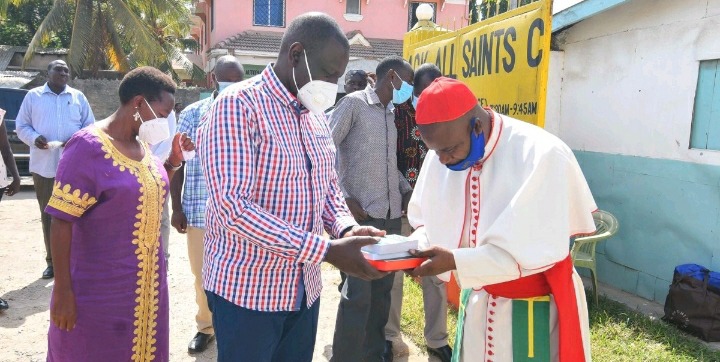 Her photos greeting other leaders with her head bowed down despite being the wife of the 2nd most powerful person in the country has touched many's hearts.

Either, the DP once said that his wife is one of the most humble people he has seen who is also a God-fearing woman.

Ruto has been on the coast to continue with his campaigns. On Friday and Saturday, he has been going around with his allies and launching a few developments projects while touring the county.