Why Many Ladies End Up Being Single Mothers 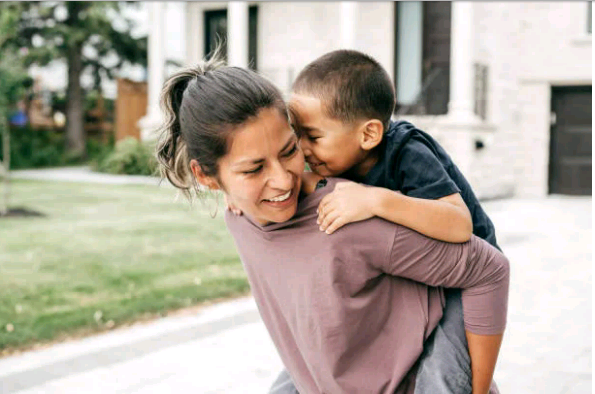 A single mother is a woman bringing up her child by herself without a partner or help from any spouse. Single mothers have continued to dominate and have become ubiquitous in every corner of our society. One then fails to fathom how fast many ladies are morphing to single motherhood. Perhaps, it's the new style of parenting in the 21st century.

Even though, the contemporary society hasn't well come to terms to fully accommodate single motherhood as part of it. Others view single mothers as failures in life who failed to maintain their families. As others cherish them whilst others castigate them on equal measures, let's read to know some of the reasons why many ladies are single mothers.

The father to her child can at some point call it quits from the relationship. Fathers at times would reject their wives/spouses for varied reasons. Others broadly, incline towards finance. This is where he rejects his child's custody together with his wife's claiming he never sired the child. The rejection would create an unproductive environment for the relationship hence parting ways won't be an option leading to single motherhood.

Not being ready to settle

Interestingly, some ladies aren't ready to settle and start up a family even with the most serious men who show interest and propose to them. This are the caliber of ladies who'd want to "enjoy life" while at their prime years only to wake up from their slumber and realize time has run out. Their reasoning is grounded on the feeling that if they get married, their freedom of partying would be cut short as the demands of the family would come calling. They would therefore rather prefer to have a kid with a man but still remain single mothers as being single means still being free to explore other men.

Such pregnancies between couples can lead to singles motherhood as the father to the child wasn't psychologically prepared of being a dad at the time of the act. The moment the father to the child gets to learn of the pregnancy, he flees from the relationship like rats from a sinking ship. Unplanned pregnancies here could also be as a result of rape or through the come-we-stay marriages that are popularily common among young people.

Death of the husband

Single motherhood can also be occassioned by legal dissolution of a marriage union. In this case the couples will part ways and lead lives of their own. In line with the type of verdicts made by the courts, either of the parents may or may not be allowed to see the children. But according to Kenyan law the custody of a child after a divorce usually rests with the mother unless the child is past 18 years of age, the age signaling adulthood.

Other mothers, going by their own volition just decide to remain single. This could be occassioned by how they perceive having a father figure for their children or having a husband. Some of them loathe having men around their spaces therefore would just want to have kids and then send the men packing.