6 Promises All Men Make But will Never Keep

By Melkynews (self media writer) | 6 days ago 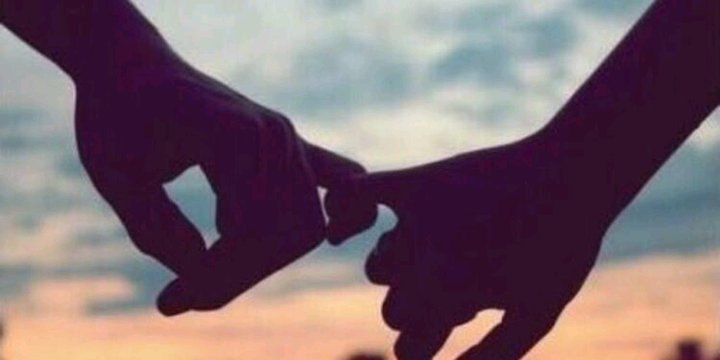 Every man has to make a promise to keep a lady happy and win her but they don't true.

Here are some promises that guys are fast to make but are likely to break:

1. He swears he'll never check out any other girls:

To begin with, it is impossible to keep track of everyone in the world. Looking at people is a normal thing to do. Your partner, on the other hand, will assure you that he will never glance at girls and will only stare at you. He will gaze at girls. He'll take a glance at the female passing him by, just like you would when you see a guy you find very handsome. However, the next time you see him, he promises you that you won't expect him to be human about it. He will keep this promise on occasion, but not always.

2. He assures you that he will never stop doing what he did to win you over.

Remember how he used to do really beautiful and unusual things for you when you were just getting to know each other? If he maintains his commitments, he's a keeper, but most guys will cease doing those things eventually. It's natural to lose interest in a relationship after a certain amount of time has passed. If he truly loves you, he'll keep doing all the things that made you fall in love with him, but most men will stop going the additional mile and call it quits. Just keep in mind that he may not follow through on his commitment.

3. He assures you that he will never keep anything from you.

He's most likely promised you that he'll never keep something from you. Has he told you that he will tell you everything there is to know about himself and his life? That is something that no one does. Throughout the time you will spend together, he will choose not to tell you something at some point. So don't fall for it, at least not totally, when he makes that ridiculous promise. Give him some breathing room and hope for the best.

4. He assures you that he will never pass judgment on you.

Your partner promises you that you can open up to him about everything without fear of being judged. Unfortunately, because judgment is firmly established in human nature, he will at least once or twice break this commitment. He may not tell you straight up when he disagrees with something you've said to him or told him, but that doesn't mean he hasn't criticized you for it. But don't get too worked up over it because it doesn't imply he's always evaluating you. He isn't. We're simply stating that it's impossible to never pass judgment on someone.

5. He swears he'll never get mad if you hang out with your male friends.

Men can become overly protective and envious. It's a long shot if your boyfriend or husband says he won't get mad if you hang out with your man buddies. It's not going to be possible for him to keep it. Your man will become irritated and envious at some point. It's going to happen. Despite his assurances, don't be shocked.

6. He will swear that he will never think of any of his ex-girlfriends or boyfriends.

When you start dating him, he'll quickly assure you that he never does and never thinks about his exes. The trouble is, everyone who has ever had an ex-partner knows that's a hefty claim/promise to make. We're going to think of someone we've shared our past with at some time in our life in the present. He'll want to keep as many people happy and satisfied as possible, so he'll make that guarantee. However, it's common for everyone to have a fleeting thought for their ex. you may desire the idea. him a break. Show your love by Like, share, follow and comment for more related articles.

Arsenal agree to a deal for a top-rated PL striker, plus a look at Tierney's unique traits and more