So Sad; Parents Kill 47 Year-Old Son For Being Single and Embarrassing the Family

By MASKANI_NEWS (self meida writer) | 25 days

The world has been left in dismay after a family confessed to killing their son who was unmarried. Sources have revealed that the parents of the said man felt exhausted with the son’s single life since he showed no interest in getting married thus prompting the move to eliminate him in a move that has faced worldwide condemnation. 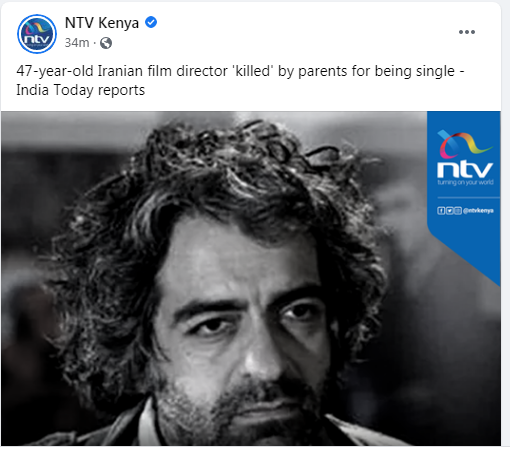 An extract from NTV Kenya

Confirming the incidence the mother and father to the deceased who until his death was actively involved in film production did not feel sorry for their action saying that their son had embarrassed them enough and the only way of saving their image and reputation was to eliminate.

The sad story now eliciting mixed reactions and reviving a debate on whether people should be forced to marry in the world or face a death sentence. Authorities have taken the two for questioning as they await to be presented to the court. Do you think the family of the man is justified to kill him? React below.

Did You Know FGM Is Global ?

Sylvia Narrates How She Escaped Home At 9 years Of Age

Girls Should Know That Most Men Are Hyenas, CS Magoha Witty Advice to Young Schoolgirls