A Nairobi woman identified as Mary who is a landlady in Nairobi's Kangemi area is heartbroken after her husband fell in love with her 32 year old daughter. 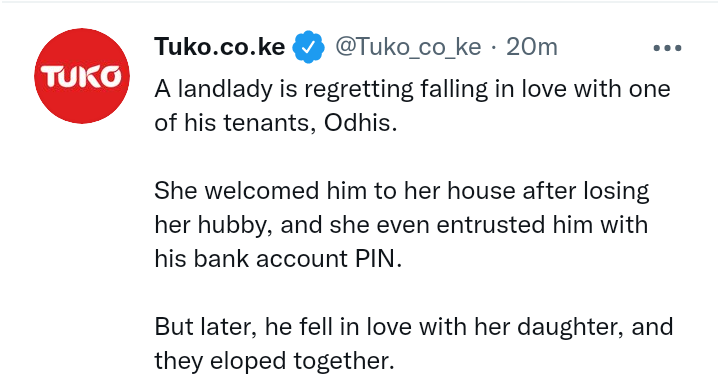 The 55-year-old woman said she lost her husband seven years ago, and two years later, she met a 35-year-old man only identified as Odhis who was living in her plot but because she had not seen him with a boy so they became so close. “We became close and withing two weeks, he had moved into my hosue, where I used to live with my only child, a daughter," she recalled amid sobs.

According to Mary, her friends had told her to stop dating a man equals to her daughter but she didn't listen until four years down the line. She Revealed that the man was so loving that could help her doing house chores forcing the woman to trust him and give him bank account PIN. “He looked so faithful and I could sent him to buy construction materials for me and he never stole even a cent," Mary remembered 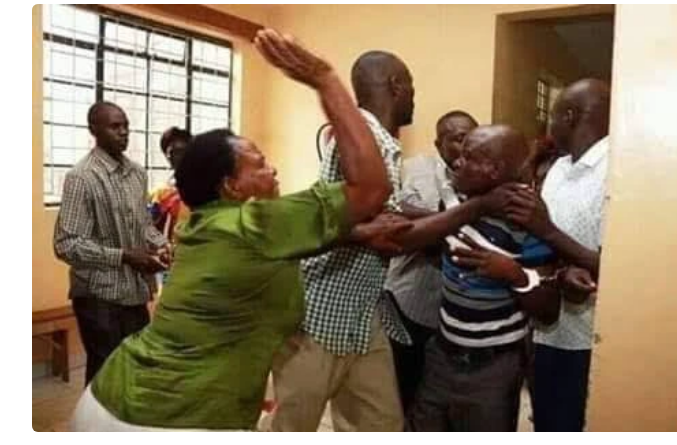 It was because of this trust that she bought a piece of land and built her a house at Kasarani but when she left for a funeral in Maragua, on her return she found him red handed with her daughter and despite seeing her they continued having fun together. Annoyed, she slapped her daughter so hard and she slapped me back. I was shocked how such on earth can happen. The two took their clothes, rushed downstairs and left.