By LaikipiaNews (self media writer) | 26 days ago 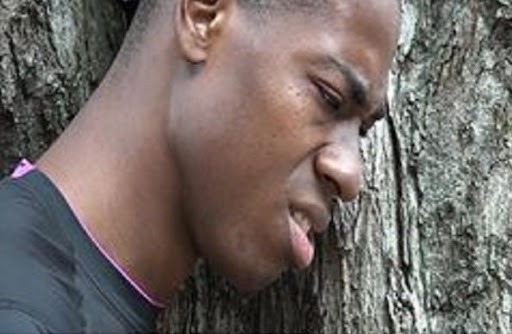 A 30-year-old man is regretting for requesting his wife to go back to where she had come from after taking her sister to see her boyfriend without his knowledge.

Speaking to Gidi and Ghost in their Morning program ‘Patanisho’, Mr. Cliff Omondi (30) requested to be reconciled with his wife Cindy Awour (25) who they separated in December 2019.

In his message Cliff explained that he had been married to Cindy for three years and were blessed with one child. Cliff claimed that they had an argument with his wife after she lied to him that she had gone to visit his uncle but later found out that she had escorted her sister to go and see his boyfriend whom they had meant for two days.

"My older sister-in-law came to my home and lied to me that they were going to visit their uncle. When I called her uncle, he told me that he had not seen them hence making me angry. When she came back, she told me that she had sent her sister to visit her boyfriend for two days,” he recounted.

After discovering that his wife had lied to him about her trip, Cliff was outraged and told his wife to return to the place she had come from. His wife did not hesitate to leave his home and left for Nairobi.

After their marriage was shattered, loneliness crept in and pushed Cliff to seek for love from another woman but his new relationship did not last. He said he was very fond of his first wife.

"I tried to get married again but I felt there was something missing in my life. The love of my first wife. It is then that I decided it would be better for my wife to come back instead of starting a life with another woman,” Cliff said.

Following the call by Gidi and Ghost, Cindy said that she was ready and willing to discuss matters with her husband so that they could work out on their troubled marriage. "I want us to sit down and talk to him. There are signs we can reconcile," Cindy said.

Cliff admitted that he had learned a great lesson from their separation and apologized for his mistakes. Gidi advised the two to sit down and discuss on reconciliation strategies. 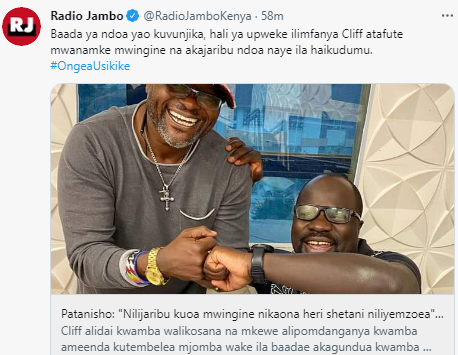 You Are Endangering The Life Of The Msanii", Mike Sonko Warns Lilian After She Did This With Juliani