By Myahudinews (self media writer) | 26 days ago

Kanyamuhanda Possian, who is a Ghanaian and a 76 years disabled man. According to him he was born normal and later he developed a body disability in a youthful stage. However his condition deteriorated when he was enrolled in primary school after he had celebrated his 15th birthday. 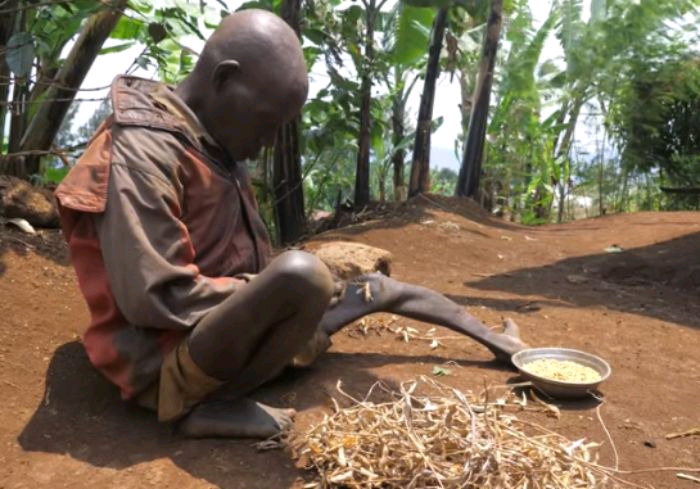 He revealed that the muscles of his limbs became more week and the doctors told him that his limps was running out of blood supply. The condition made his legs to bent and become more thin, a situation which resulted in making him more helpless to himself. According to him he told the Ghana CNN media that he grew up without her brothers and sisters as He had not seen them, his parents died at early stage when He was infant. He also told CNN media that he does not have any experience of how the care of a parent looks like. Kanyamuhanda Possian also narrated that he has never been taken to hospital after the doctors declared his problem as incurable. 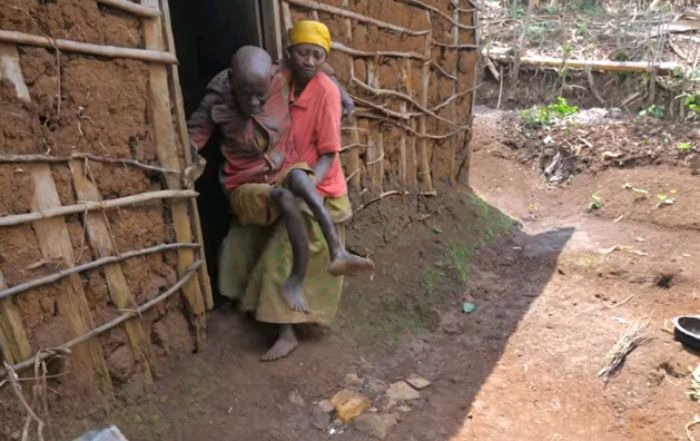 He is currently at aged stage and happily married to a beautiful wife who revealed that he was given by his best friends after they had promised to do so. He also said that at first he thought that his friends were enjoying him and making mockery to him about bringing him a soulmate. However he was so astonished after he saw a beautiful woman who promised to love, protect, care and do all the activities to make him happy. He also unveiled that He can not live without His caring wife. According to her wife she revealed that she is more determined to honour and support her husband despite being segregated by the community. She also added that she is more comfortable being married to him as he loves her more than any other man whom she encountered before she was married. I would like you too give the couple a piece of advice and share this post to encourage others. 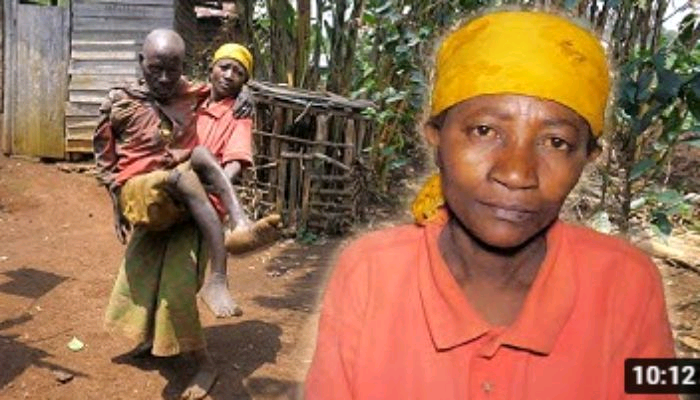 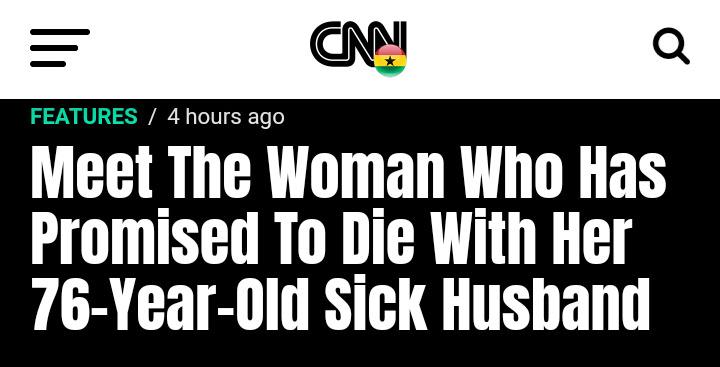