Baringo Woman Attacks Her Boyfriend With Her "Mpango wa Kando"

By Solita (self meida writer) | 1 months

One man is nursing serious injuries after an attack from his close friend whom he suspected was secretly seeing his girlfriend. Reports show that there was a disagreement between the two friends before them engaging in a heated argument which turned into a deadly fight. The friend and the victim's girlfriend attacked him leaving him in a critical condition. 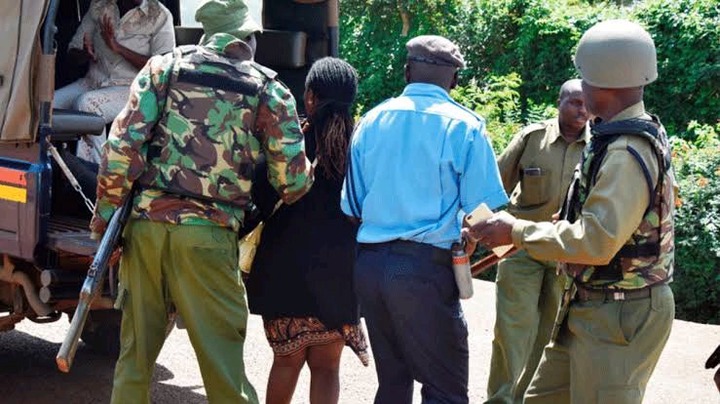 The incident happened at Sachosoi location in Baringo Sub-county. The victim, Josphat Kemboi, says that he was with the man he thought was his friend drinking alcohol up to around 9 pm. Little did he know that his friend was planning to eliminate him.

After drinking, the two friends decided to have a walk. Their first destination was the victim's girlfriend's house. On arrival, there emerged a quarrel between Kemboi and his friend.

His friend took a machete in front of the said girlfriend and hit him thrice on the head. Kemboi said his girlfriend joined in the fight, kicking him while he lay helpless on the ground bleeding.

Kemboi was then rushed to Baringo Referral Hospital where he is recuperating from the injuries he had. 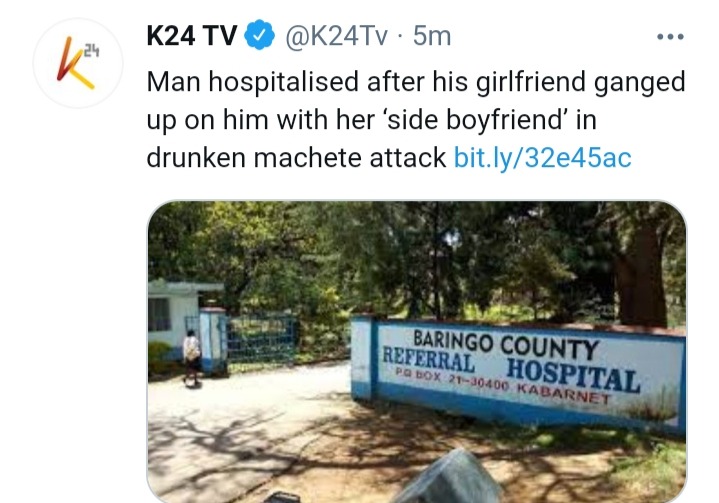