Is Age a Factor to Consider in a Relationship?

By Jobwanjala (self media writer) | 24 days ago

The old adage that goes 'age is just but a number' is stale news. More often, people who use that line are men dating older women or young girls dating extremely older men. They use the cliché line to justify their actions. 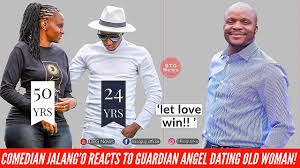 Living in an era where everyone is entitled to his opinion and anyone can do what they want, millennials are taking advantage at it's extreme. It is almost becoming normal for a 24 year old man to be in relationships with a 40 year old woman. And no one will say anything to disregard the relationship. After all, even big names are doing it; look at the gospel artist Guardian Angel, and even bigger names like the French president Emmanuel Macron.

But does age really matter? Yes it does. And this is why.

First of all, the traditional societal set-up expects the woman to be younger than the man in a relationship. And that is clear, copy that. There is that biological aspect tied to it. And women will use that to nullify any guy pursuing them who is younger than them.

A young man dating an older woman may be peculiar in the eyes of many. It comes out as something alien because we are wired to believe the woman should always be younger than the man. And there is a reason to that.

Men are programmed to think of themselves as leaders and providers. For some unfathomable reasons, leadership comes with age. The more years you spend on earth, the more you become wise and experienced in different aspects of life, isn't that so?

When a man is younger than the woman, there are more chances that respect will only exist in the dictionary. Why? You ask. Because his views and opinions might be regarded as childish and senseless. There are phases of life that dictates how we think, how we carry ourselves and even how we dress. A 20 year old will have different thinking scale compared to a 40 year old. And that is on experience. 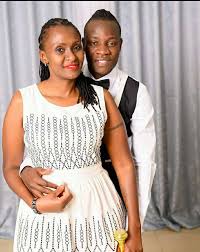 As for young ladies dating older, extremely older men, it is clear what the intentions are. Many might sugar coat that love is blind, but what is a 21 year old campus student doing with a 70 year old man? In most cases this extremely old men are always rich and wealthy. You will never find that 21 year old young lady salivating for a broke 70 year old. The intentions here are transactional.

It is okay, very okay, for a young lady to have a man who is a bit older than her. Maybe 5 years or 8 years older there. Same for men, there are striving couples where the man is younger with 2 or 3 years.

What matters mostly in such relationships is respect and maturity. Here, maturity doesn't mean age. It means being able to understand your partner, being able to solve issues like adults and being there for each other no matter what.

A significant age difference doesn’t necessarily mean there’s anything wrong, but a long-standing pattern is always worth examining.

Be Prepared to Handle Generational Differences. No matter how understanding you are, it’s likely that you’re going to bump up against some generational differences. You might have different political views, find each other’s music obnoxious, or have no understanding of historical events that profoundly influenced your partner’s life. Bridge this difference by probing deeper and making a concerted effort to understand your partner’s viewpoint. A big age difference provides you with valuable opportunities to learn about alternative perspectives and experiences.

Know How to Handle Criticism. The odds are good that some people are going to disagree with your choices in romantic partners, no matter how perfect your relationship is. With close friends and family, this may mean making an effort to explain why you’re in love with the person and not with his or her age. But be prepared for snide, inconsiderate remarks. Getting into constant arguments about your partner’s age is no way to live, so plan a simple—and ideally polite—response that shuts down further discussions of your partner’s age.

Don’t Harp on Age Differences. Although age differences can create some challenges in your relationship, focusing too much on age can backfire. While you need to be understanding of generational differences, attributing every disagreement to your partner’s age can leave you both feeling self-conscious and misunderstood. If you frequently tell your partner his or her age doesn’t matter, your partner might end up feeling like age is a significant issue, or even that you’re in the relationship specifically because of the age difference. Don’t let age dominate your relationship, and address it only when it is truly relevant.

So as a conclusion, there is really no absolute idea for that. If I say that age does not really matters in a relationship, then why can’t I romantically love someone who is even 50 years older than me? Yes, I agree that love serves no age. Yet it has a limit too, then it still matters after all. I don’t believe that love is all stupid and blind. I only have faith that love is too smart not to mind its sets of conditions from others.

"I Told My People Not To Even Raise A Finger On Ruto, I Called The OCS Too" Presidential Hopeful Says

Ruto: How Uhuru Has Helped Me Become Popular in Mt Kenya