Why Late Athlete's Parents Opposed Her Marriage, She Had CCTV Cameras In Her House Secretly 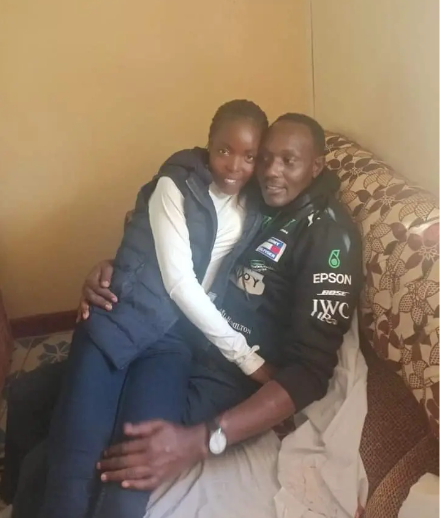 Tirop and her husband Rotich.

Immanuel Rotich who is the prime suspect in the heineous murder of Kenyan Athlete Agnes Tirop has been arrested and he is waiting to be araigned.

Rotich who is husband to the late Tirop was arrested in changamwe Mombasa where he had gone to see a relative.

Now, who is Rotich?

Neighbors who spoke to people daily described him as a quiet man who rarely interacted with the locals in Iten.

Rotich who has many names is said to have differed with her wife over infidelity following an incident where Tirop found him cheating on her with another lady in their matrimonial bed.

It's after this incident that she decided to quit which was against Rotich's wish leading to endless domestic squabbles.

Joan chemos who is a neighbor told people daily that the relationship between the two love birds started deteriorating few weeks before she went to Tokyo Olympics.

"I think what Happened was a desperate move by the husband. things have not been ok even before Tirop traveled to Tokyo Olympics. They were experiencing a lot of fights", she said.

According to Joan, Tirop had installed CCTV cameras in her house without the knowledge of the husband.

She added that the relationship of the two never recovered since she alledgedly found him cheating.

A relative who talked to the paper said that Tirop's parents were aggainst the marriage given the fact that the man was never straight forward in many ways.

Besides, the parents had an issue with the age difference with the man in his early fourties while the girl was just 25.

It's because of this reason that she had to retain her family name because the parents never allowed them to hold a traditional marriage.

It now remaims to be seen whether justice will be rendered by courts following the arrest of the man who alledgedly called parents oppologising for doing a bad thing.

What are are your view in this? Feel free to share your thoughts and comments on this on our comments platform. 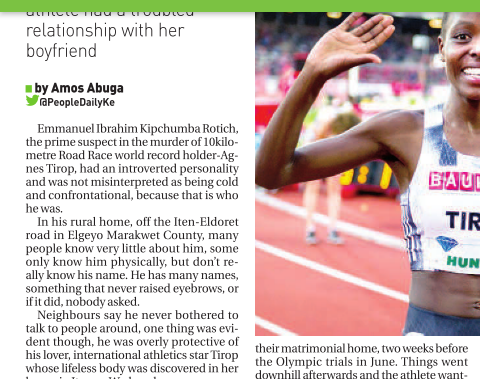