By Jackiijerop (self meida writer) | 1 months 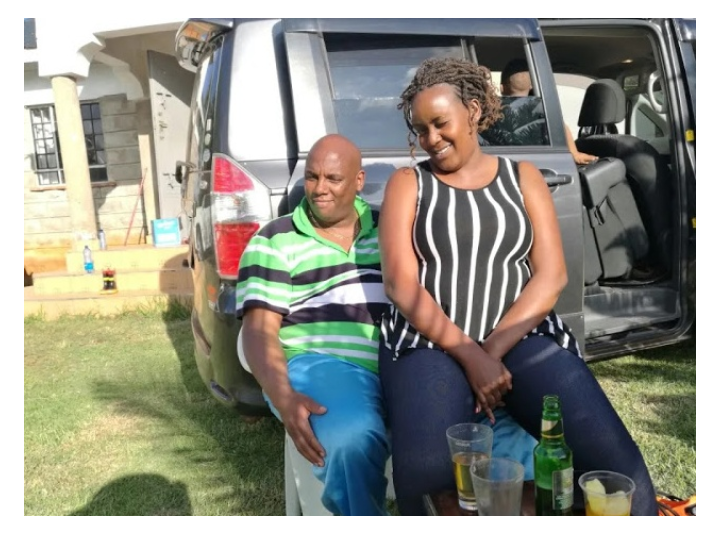 The mysterious death of a couple in Kirigiti, Kiambu County has now left tongues wagging after reports emerged on how the couple spent their last days.

According to reliable sources on Thursday, August 5, the troubled marriage between Jonathan Mukundi and his wife Philomena Njeri turned into an on-and-off relationship.

This would later end in tragedy after the businessman shot dead his estranged wife under controversial circumstances before turning the gun on himself.

Mukundi had just reunited with his wife on Tuesday night after about a month of living separately due to marital disputes before he abruptly pulled out his Glock pistol, serial number Beza 475, and pumped three bullets into her.

The man then left his wife's body lying on the floor before locking the door to the master bedroom at their mansion in Kirigiti and this time pulled the trigger pointing at himself.

According to impeccable sources, there were no witnesses and their neighbours don’t recall hearing any gunshots.

It was Mukundi’s friend Robert Charango, from Kiambu town, who sensed something was amiss after he failed to reach the businessman on his phone for quite a long time.

“Together with the officers from Kiambu Police Station, we proceeded to his house where the bedroom was found locked from inside,” a police report read in part.

Further reports indicate that Mukundi, 42, was a successful businessman who dealt in spare parts and government tenders and he had been in a romantic relationship with his wife Njeri, 30, for almost 10 years.

A quick spot check on Njeri's social media pages where she posted photos of herself and Mukundi, showed that the couple was happy and enjoyed the fine things that life has to offer.

In the photos, if they were not on a trip, then they were in some entertainment joint having some fun or sometimes showcasing their mansion and vehicles.

According to Njeri's friends, this is the life that she desired while at Zetech University and it was no surprise that she got married immediately after college when she met Mukundi.

“She loved partying and travelling. Most of her birthdays were celebrated in either Mombasa or Diani. It is sad that she has died,” one of Njeri's friends told the media.

However, beneath the travelling, fun and good life, Mukundi and Njeri’s marriage was rocked by a lot of trouble and their differences, which would make them stay apart mostly by Njeri moving out of their marital home, dramatically increased over the past one year.

According to some reports, Mukundi, a licenced firearm holder, had a problem managing his temper and was over-protective of his beautiful wife.

“Mukundi is a very temperamental person and gets irritated easily. I was surprised what he had done to my friend but I never thought he could get go to that level,” a neighbour disclosed.

“He had disclosed to select friends about the issues they were having and we advised him to seek divorce. We however noticed the issue was still disturbing him,” he added.

Whether this factor directly contributed to Tuesday night’s unfortunate events will form part of the questions that detectives will be seeking to answer as the probe into the incident continues.