A woman from Mount Kenya has accused men of relying too much on alcohol to the point where they forget what they should be doing in terms of getting married and starting a family.

The woman who was speaking in a meeting that was attended to by several politicians allied to OKA said that it was so unfortunate that most of the young men in the region had turned to alcohol to solve most of their problem instead of working on it.

Jane not her real name said that she is currently single due to the fact that she has not found a suitable man to marry her adding that she has searched and met a number of men all around the surrounding counties but is yet to find one who will marry her.

"Our young men have turned into alcoholism as their source of strength and happiness. It's even turning into an addiction. Most of us are single to be honest", she said.

According to the reports given by these women, they said that most of them turned into doing Husband duties due to the fact that their men and male children are often too drunk to even stand and perform their duties.

Due to this reason, they called upon the government to consider regulating the hours of alcohol consumption adding that this is the only way in which they were going to be able to save some of their marriages that are on the point of collapsing. 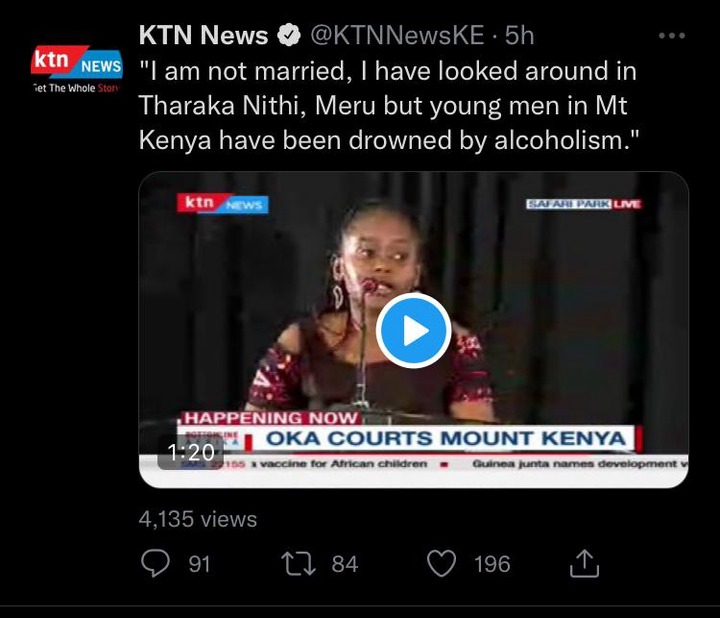