A Man Nearly Loses His Life After Being Attacked By His Girlfriend And Girlfriend's 'Side Boyfriend'.

By Mwangi's (self meida writer) | 1 months

Josphat Kemboi a 32 years old man from Sachosoi location in Baringo County, was hospitalized on Saturday April 10, at Baringo County Referral Hospital after being struck with a machete by his friend Kendie Koech, after exchanging words over his lover Mercy Chemitei. 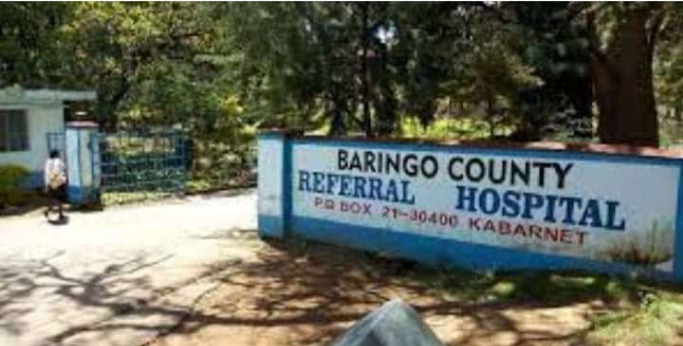 Josphat narrated how it all happened and he said that, on Friday April 9 at around 9pm after having some alcoholic drinks with his friend Kendie, Kendie told him to go for a walk and they went to his girlfriend's house and upon arrival they started arguing. With no time Kendie removed a machete and hit Josphat thrice on his head. He continued and said Kendie was being assisted to attack by Mercy who hit his boyfriend on his face, but he tried to defend himself using his hands.

At the moment he says that so much blood was coming out from his head and with no time he passed out.

Local assistant chief Jane Lori's, who confirmed the incident said that she was informed by a village elder who claims to have been told by a child of a man lying by the roadside. The assistant chief went and picked the man up and took him to the hospital. She said that they arrested Mercy and she is in Kabarnet police station but Kendie fled away but she confirmed that they are still looking for him.

According to the doctor who is attending to him sai that, Josphat had a deep cut on his skull but they are still montoring him, such that if the worsens he will be referred to Moi Teaching and Referral Hospital for specialized treatment.