"My Wife Divorced Me 1 Week After Our Wedding Because Of My Tumor," Sad Story Will Make You Cry.

By AfriTIMESTV (self meida writer) | 24 days 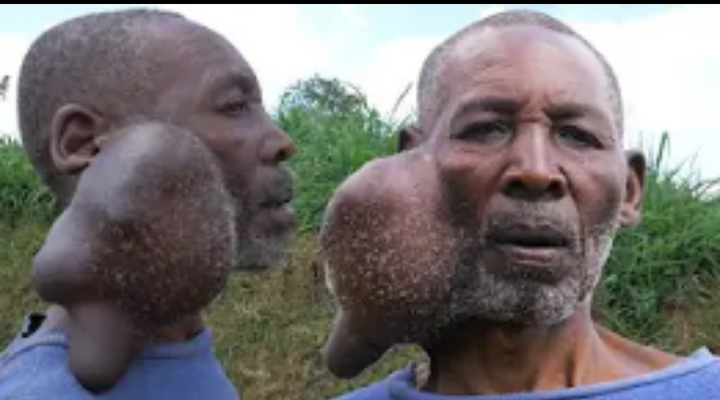 Damascene Kagabo born in 1942, he was abandoned by his wife immediately after they just got married. This is when his wife could not tell what was happening to him and called it witchcraft. According to her, Damascene's family was into under some witchcraft which was affecting her husband and was afraid that it could also spread to her. For him this came as a surprise.

Surprisingly, it was just one week after they got married when this happened. She had just vowed to stay with him for rich for poor, in sickness and health but when this happened she packed up her bag and didn't even look back. He went to visit his wife's family to try and explain that his condition was no witchcraft but they gave a blind ear to that and soon he gave up.

Life was never the same for the 79-year-old after his wife left. He failed to find another wife because they all couldn't accept him with his condition. It has since been 33 years loneliness since his wife left. The villagers also tend to keep a distance from him and don't care to help him with. No employer was also willing to give him a job and life soon became miserable.

However, that was just the beginning as soon his family also abandoned him linking his condition to witchcraft. He therefore had to look after himself in ways that he can with the help of some good Samaritan. He also gave up the idea of looking for a wife.

Damascene's tumor started as a small pimple and so he ignored it but then it started growing. Soon it become painful and he was forced to take some painkillers which helped. However, the tumor kept growing and growing until it became big.

Attempts to go to the hospital was doomed to fail as he could not afford it and his prayer is that one day he will receive help to seek treatment as that is the only way he can prove that the tumor that he has is not witchcraft. 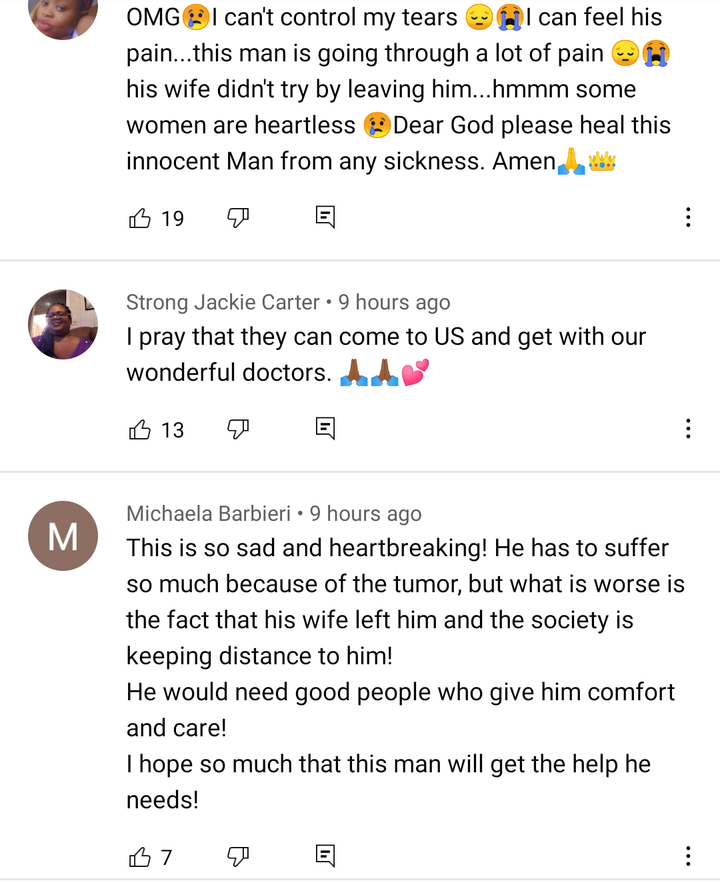 "My wife Cheated On Me With My Cousin Because He was Rich, They Kept Lying To Me" A Man Narrates

'Letter Alleging A Plan To Kill DP Ruto' - Itumbi May Have Played A Role, Court Rules