As a good marriage counselor, Ann Muratha has developed a better way of affirming Marriages.

Today she has used a story to appeal to couples that it is possible make it in marriage.

One man told his wife that he was going for two weeks seminar abroad.

The wife later discovered that her husband was with another woman in the next street.

The woman went there and found her husband with the woman. She left and came back home without saying anything.

Two days after, the husband came back home and went straight to the bedroom. Five minutes later when the wife did not see him in the living room she went in only to see him packing his clothes.

The wife found him packing and asked him why he was doing. He answered and said that If she were the one caught with another man, he would have sent him packing.

"But now that you have caught me, I deserve the same punishment. So I want to punish myself by packing out." The man said.

The wife quickly knelt down and told him not to punish him for she has forgiven him already.

The wife unpacked his hubby's load, telling him of what the Bible says about forgiving one another.

Talking to herself... 'mmh, he is looking for excuse to go and stay with that woman permanently, for where? Look, you can't dodge your responsibilities . Me and you have to take care of the five children we have."

The wife was wise enough and was able to secure his marriage. Though men should not use this to be promiscuous. 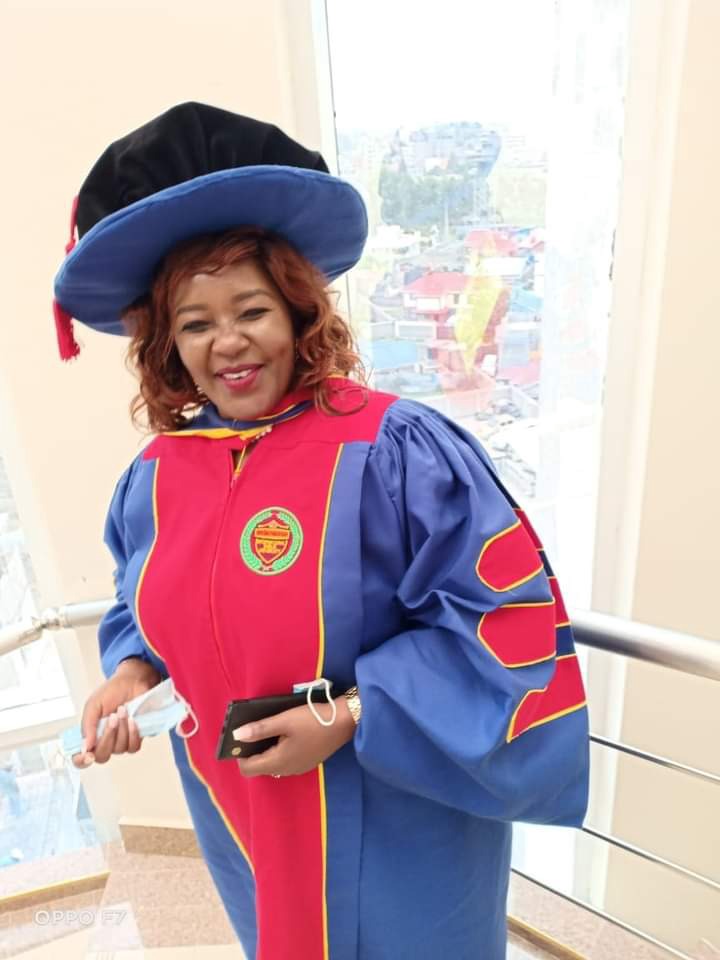 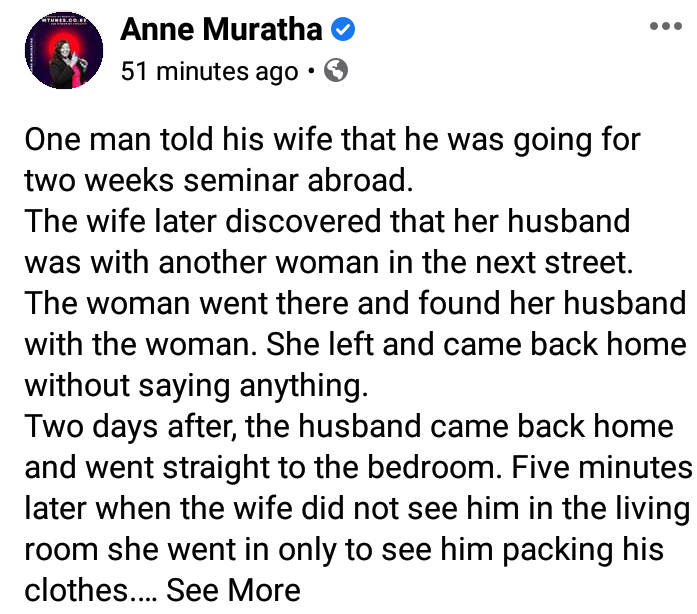 5 Signs Your Man is Seeing Another Woman on The Side

Women; Do you know you can get pregnant while you are already pregnant?

If You Don't Want to Suffer, Maintain Your Parties, Warning to Mt. Kenya Leaders Ahead of 2022

Plucked at the Prime, Kangundo Family Where Children die After Entering Adulthood