By Political VAR (self media writer) | 27 days ago 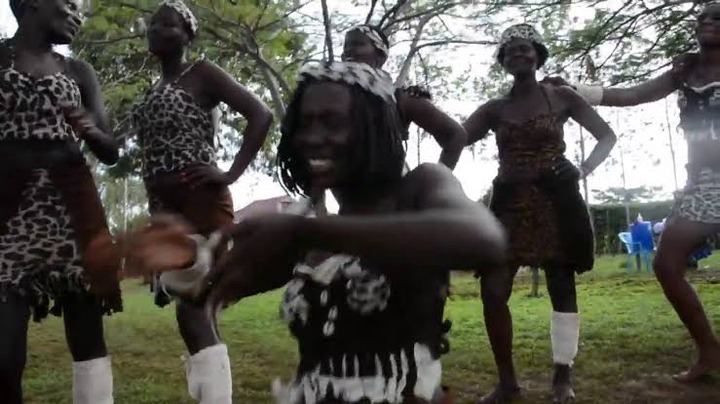 Once a man reached his late teens, he was not expected to sleep under the same roof with his parents, he was to build a hut in their compound depending on his birthright. After building this hut, a man was supposed to walk widely visiting his relatives living far away from home, visiting his aunts who are married far away from home. During these visits, the boy would learn new skills and spot ladies with who he can settle.

Once the boy had spotted a potential wife and learned skills like fishing, hunting, or farming that would help him sustain a family he would call his relatives (one from his father's side and one from his mother's side) an uncle or a cousin who is in a stable marriage and send them to secretly monitor the ways of this lady(Jawang'yo). These two relatives were to check if the family of the lady had any bad records as far as witchcraft is concerned, if the lady had any bad habits, and if the family of the lady had any bad habits that would affect the marriage later. The spies(relatives) could gather information by asking the neighbors more about the lady, monitoring the movements of the lady secretly, and monitoring the movement of the family members of the lady.

Sending of the suitors

After the spying, if the report was fine then the boy would be accompanied by around four men(word experts) to the lady's home to try and convince the father of the lady to let her daughter be married to the boy. During this visit, the boy carried with him a gift that he would award to the father in case he agreed to let his daughter get married to the boy. On some occasions, the girl's opinion was considered while on other occasions it was not.

If the father agreed to let her daughter go, she would make a second visit to the home this time accompanied by some of his uncles and brothers to negotiate the bride price. The family of the lady was supposed to have a group of elders who were good at bargaining to get the highest possible price while the man on the other hand had to be accompanied by good bargainers to get the lowest possible price

This was the final ceremony and it acted as the wedding ceremony. The lady was to be prepared adequately for this day, she could be taught how to stay in the marriage, how to treat her husband, and most importantly how to cook. The man was to choose a group of young men who were to drive the cattle(dowry) to the lady's home. These men were to whistle and make noise when they were about to arrive at the lady's place indicate that they are about to reach. The lady's brothers would organize themselves and wrestle the boys on their arrival. During this wrestling, one of the men would sneak and 'steal' the lady from their house and ran away carrying her(The lady should act like she is being forced to go). The lady was to be taken to the boy's hut and locked there for a night where they would make love. That is how the marriage would begin.