The great Mugithi musician by the name Samidoh is currently saying people should choose either between sleeping or being in relationship. 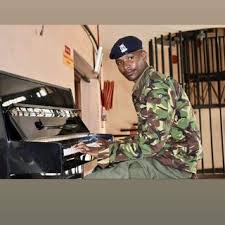 In his statements in Facebook account, he wrote; “this things of sorry babe I was sleeping must come to an end..... People must decide whether to sleep or be in relationship.”

Samidoh's advised is likely to contradict with many people deeds. People who're mixing relationships and other things which are entirely different.

Samidoh, whose real name is Samuel Muchoki Ndirangu, is a celebrated Kikuyu musician. He came into the limelight in 2016 when he released his first single Ndiri Mutwi Mwega. 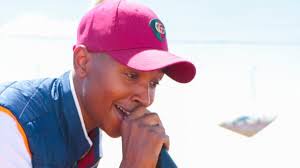 Since then, he has released several other songs. Some of his popular songs include Kairitu Gakwa, Wendo Na Urimu, Riari Itheru, Ihoya Ria Samidoh, Tuhii Twitu, and others. His songs have continued to top the Kikuyu music charts since he shot to fame. 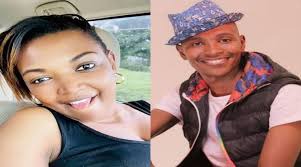 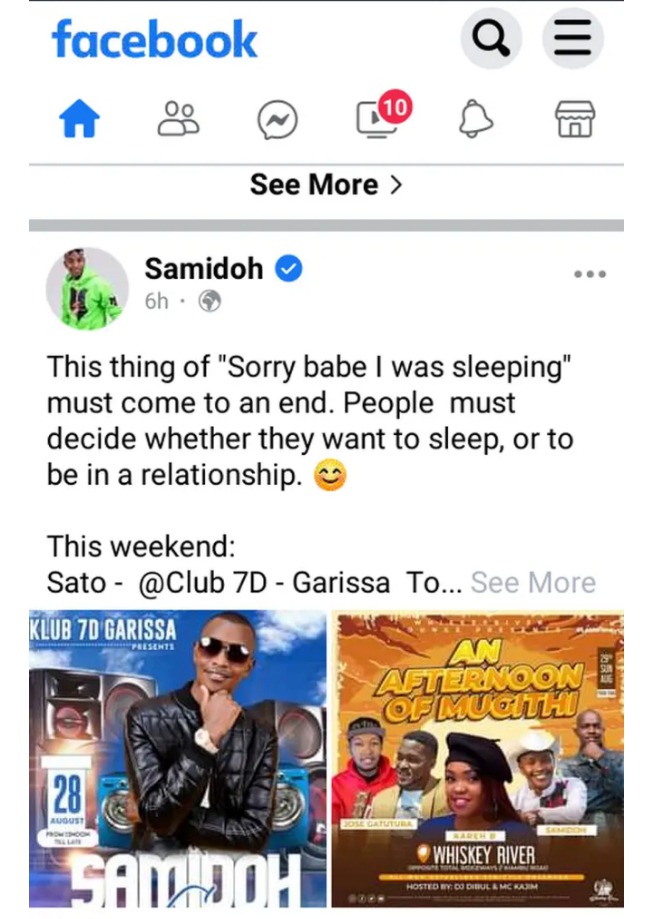 Ways to improve your cooking

Arteta needs this all-action midfielder, the best in the league, a missing link in his midfield

DP Ruto Finishes Off Raila And Kalonzo In Ukambani, Exposes Them Badly To The People