Lydia got married when she was 21 years old. Having grown up without a mother , life was very difficult and she didn't get to finish school. In her marriage, she gave birth to two kids and the grandmother was always there for her and her kids. When the grandmother died, her marriage died as well. The husband started to cheat and he ended up throwing her out of the house.

She left her marriage and God gave her another husband. She got married again with two kids from her former marriage and the physical abuse started immediately.

The worst thing was that this husband was very violent. He started beating her up when she was pregnant. He would even beat up his children. 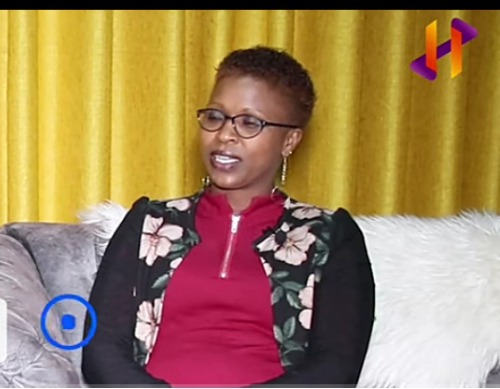 She gave birth to a third born and the abuse still continued. When the kids started to misbehave, the husband would beat them up so badly that neighbors started to complain. At some point, the teacher threatened to sue the Husband.

In 2018 the sister who was abroad started to support them financially.

One week to her delivery,the husband beat her up and strangled until she lost consciousness.

Lydia started to look for means to earn a living. She left to go and borrow capital from her aunt, but in coming back, she found her son with a stab wound in the head. When she asked the child, the child told her that it was the father who stabbed her.

The mistreatment continued and she still stayed since she didn't have anywhere to go.

In 2020, she underwent surgery and it got worse that at some point she was pronounced dead but later woke up to fund everyone so worried. After she came back from surgery the Husband beat her son until he lost consciousness with the excuse that the kids were being proud because their mother was back.

Lydia and her kids have undergone alot of troubles trying to find a place in marriage but God Finally gave her the courage to walk away and start a new life for her kids.