"I Found My Husband in Bed With My Mom, He Later Died After Seeking Forgiveness" Lady Narrates

By Shantynews (self meida writer) | 17 days 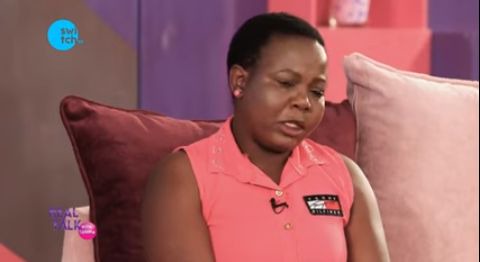 A lady by the name Monica has emotionally narrated how she bumped into her husband in bed with her biological mother.

Speaking in an episode of Real Talk With Tamima on Switch TV, Monica revealed that her mother used to frequently visit her but she had no idea that she was secretly having an affair with her husband until when she caught them red-handed.

Monica was heartbroken and even tried to commit suicide but was saved by a neighbour. On that same day, her husband took all the household items, relocated and left her stranded with two children.

By God's grace, Monica was helped by neighbours who paid three months rent for her in a cheaper house and bought household items for her.

After one year, her husband called her and begged for forgiveness. Monica told him that she had already forgiven him but was not ready to get back together with him.

One day, he came knocking at her door begging for forgiveness. He looked sickly and after some minutes, he collapsed. When he was taken to hospital, he was pronounced dead. Doctors said that he died immediately after collapsing. Postmoterm examinations revealed that he died from an asthma attack.

'She Is The Reason I Work Twice As Hard.' Nana Of Zora Flaunts Her Daughters Pictures Online