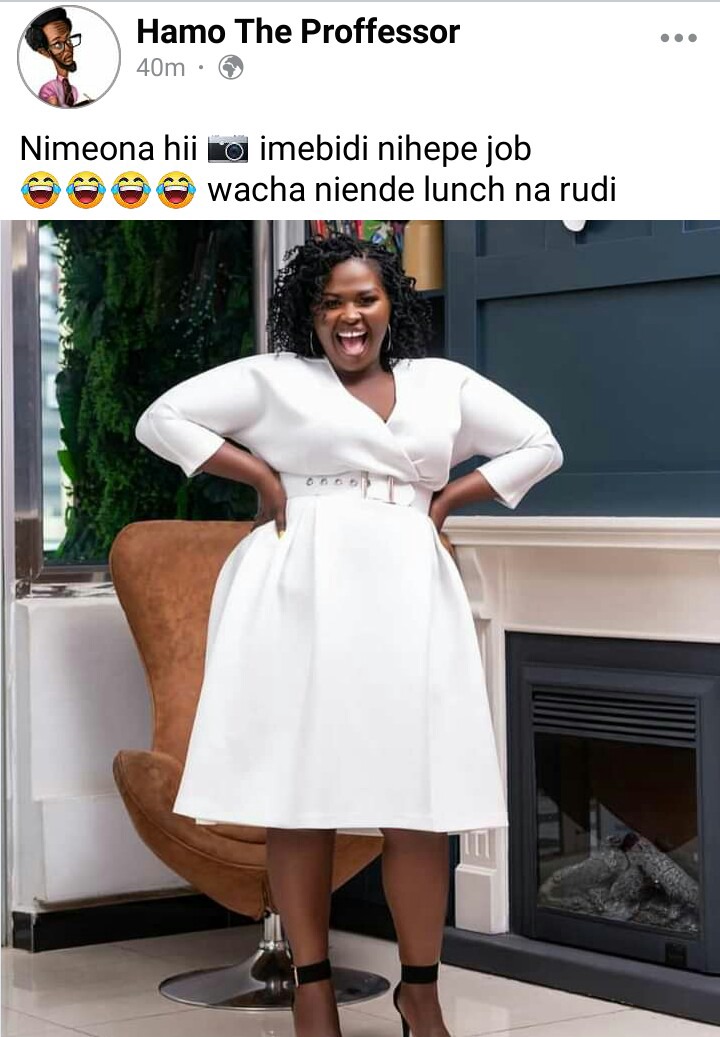 Popular known as Professor Hamo, Herman Kago has taken to social media to gush over his wife Chemutai.

Following the photo, Kenyans on Facebook have expressed their sentiments by quoting that he was indeed a lucky man while some were quick to criticize him.

Hamo and Chemutai are happily married. 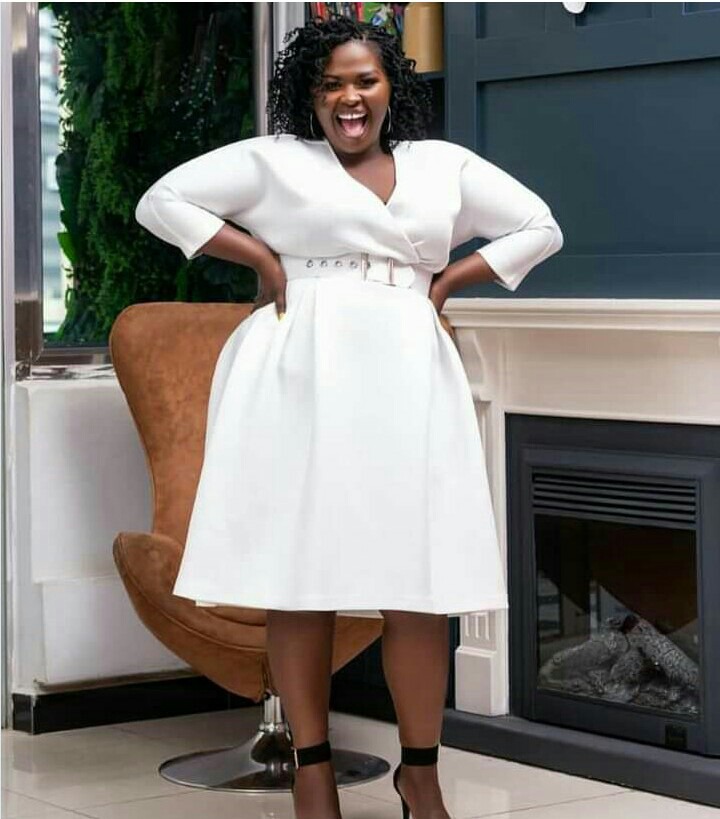 Remember their recent story that made headlines on social media and media houses on May?

Their marriage story came into the limelight after Hamo was accused of being a deadbeat father by comedian Chemutai.

In a long post shared by Edgar Obare, the two met at Churchill show which later progressed into a serious relationship in 2015. While in the relationship, they were blessed with two kids. 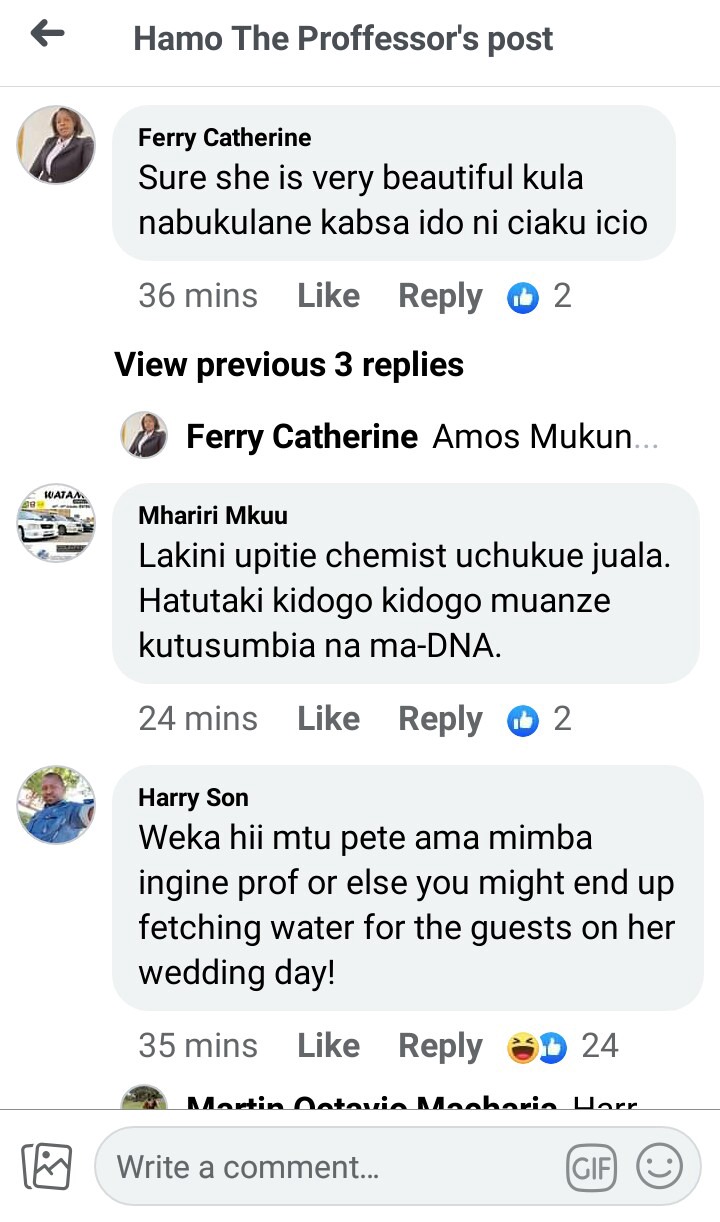 Chemutai come out to attack the comedian for failing to heed to her calls and cater for the two kids.

Life became unbearable to her after she defaulted to pay her rental house.

However, the two buried their difference and decided to get back together. 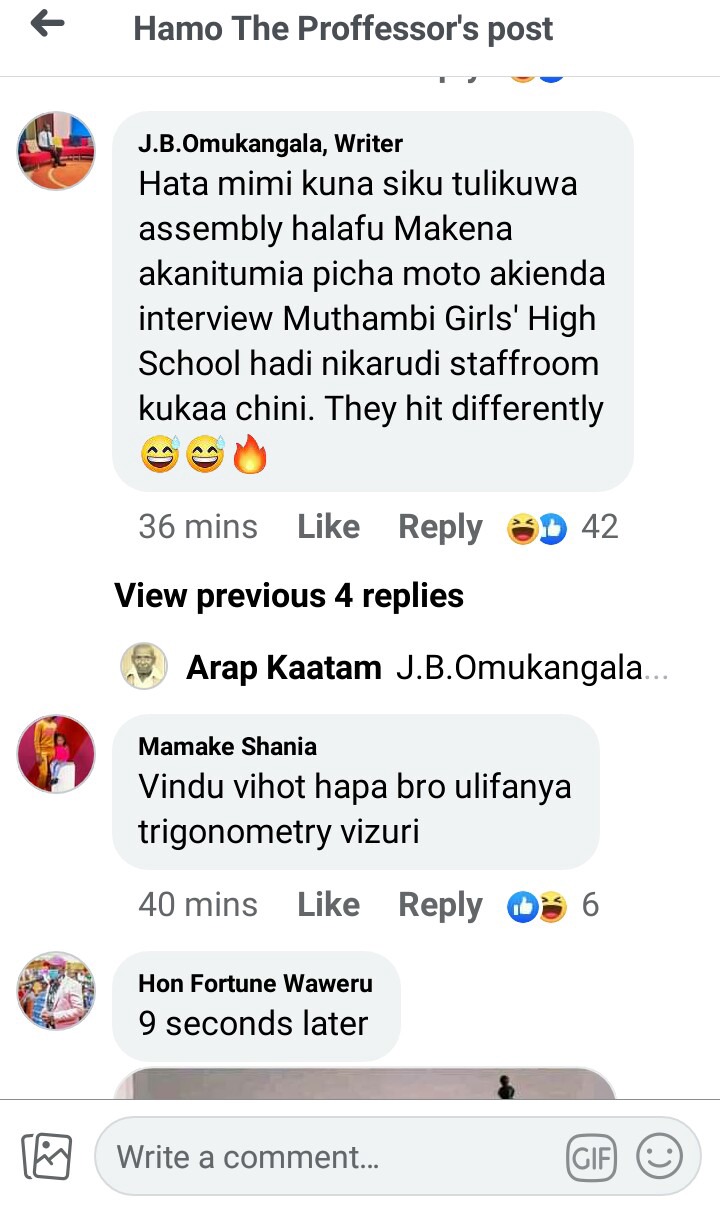 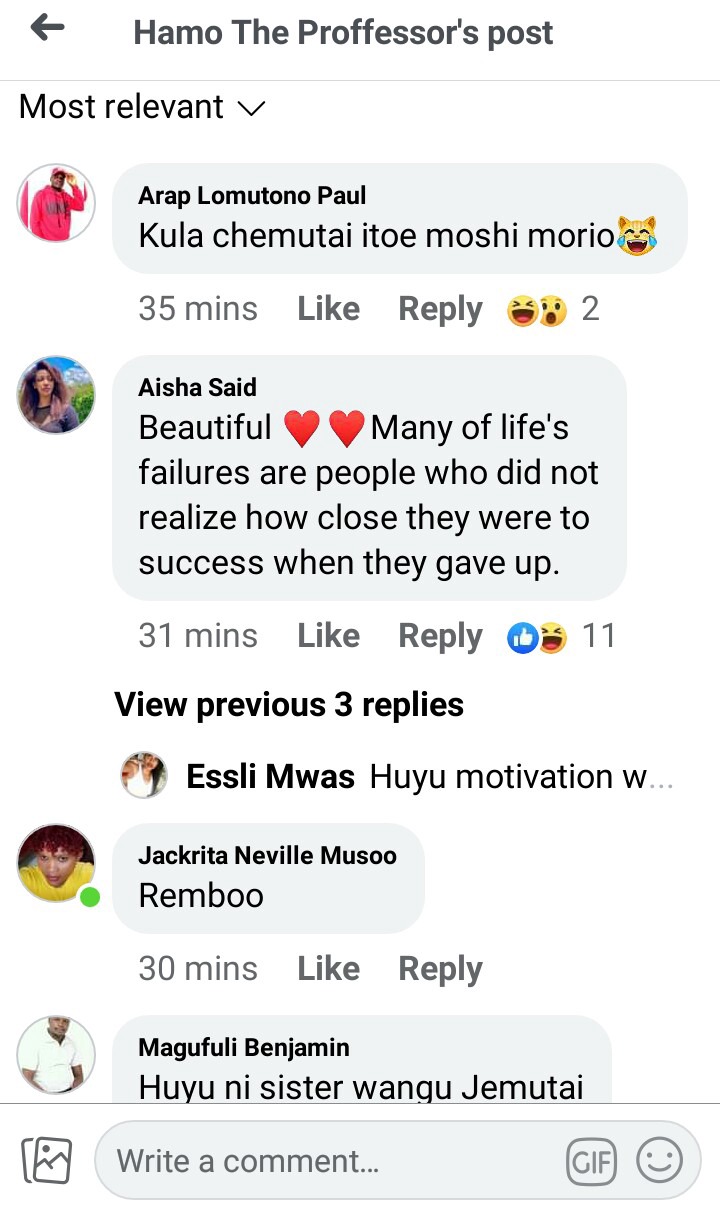