Call me Miss Muigai, Shi, Lisa or Whatever You Like-Unbothered Anerlisa Muigai Says

By Sanchezi (self meida writer) | 5 days 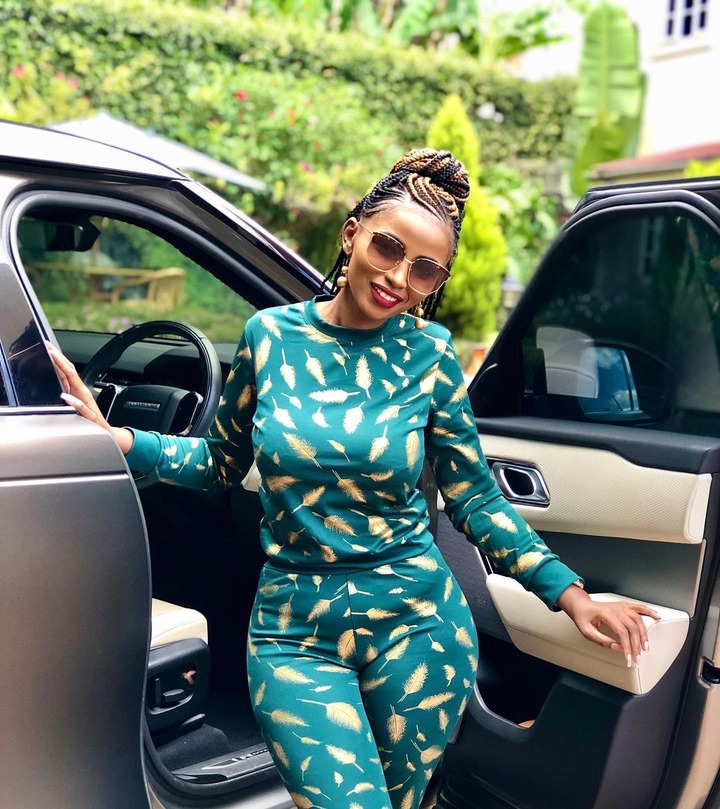 Keroche Heiress Anerlisa Muigai has been the talk of the town after word got out that her marriage with Ben Pol had crumbled. The pretty heiress fueled divorce rumours about two months ago after she dropped her husband's name and deleted all the photos that they had taken together.

She also removed her wedding ring and returned to the country from Tanzania where she was residing with her husband. At first, people thought that she was pulling publicity stunts but she confirmed that she has divorced Ben Pol a few days ago. She further said that her main focus now is to build her business empire.

Anerlisa has written a cryptic message that seems directed to those people who are meddling in her private affairs. The flashy business lady posted a photo slaying like a boss lady in a yellow dress and put it clear that she doesn't care what titles people give her.

She said that you call her Anerlisa, Aner, Shi, Lisa, Miss Muigai, or whatever you wish because she is not bothered. ''Anerlisa,Aner,Shi,Lisa,Miss Muigai... Call Me Whatever'' she wrote. From the tone of her message and the facial expression in the photo , it seems she is not concerned about people's opinions even as Netizens continue to speculate what might have led to the messy divorce.

Ben Pol has since confirmed that he has parted ways with the beautiful heiress through a statement that was released by his management on Friday. Pol urged his fans to give him space so that he had deal with his private issues.

Atwoli Announces an End to His Alaaa Meme, Reveals Next Big Viral Meme

How To Cook Groundnut Soup To Serve With Matoke

"My Husband Left Me Pregnant For Another Woman, In-Laws Accused Me Of Killing Him" Lady Narrates

"My Hubby Lied to me That he Was Taking me on a Date, He Left me, I've Never Seen Him" Lady Cries