What the Bible Says About Marriage

By Jobwanjala (self media writer) | 12 days ago

The Bible teaches a great deal about marriage. In the first book of the Bible, God set an example for marriage. After He created man, He made the following statement:

"Therefore a man leaves his father and his mother and cleaves to his wife, and they become one flesh"(Genesis 2:24).

1.A Gift From God 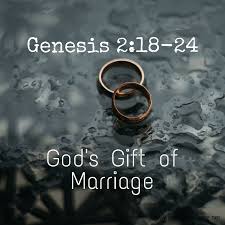 Because marriage is a gift from God, He wants it to be sacred to honor Him.

Unfortunately, some people spend lots of money, time, and energy on planning a wedding, but they fail to spend significant time on the marriage that follows the wedding.

God designed marriage to be a relationship with three distinct aspects:The man should leave his father and his mother and cleave to his wife.

The man and woman are joined together by loving each other above all others and looking out for each other in all areas of their lives.

The two become one flesh in commitment and intimacy that is reserved for them in marriage.

Unless all three of the above are kept, the marriage will always be on shaky ground. Strong marriages do not neglect the above God-ordained principles.

Marriage is a committed partnership between a man and a woman. After God created man, He realized His work was not done until He had created a woman to be his helper, helpmeet, and companion.

The man was made from the dust of the ground, but God chose to make the woman from the man's flesh and bone. In marriage, a man and woman become one flesh as God designed them to be. Marriage should be "oneness" consisting of one flesh, one bone, one bank account, one partnership, and no "better half."

Marriage is an ideal way to help each partner grow. Marriage involves "oneness." That means what happens to one affects the other. Marriage is a great opportunity for husband and wife to grow together in love and in Christ.

Marriage requires submission by both partners; not just one. Marriage is a relationship where the man and the woman submit to each other. The husband should put aside his own interests in order to care for his wife and family just as Christ cares for the church. The woman should willingly follow the leadership of her husband just as he follows the leadership of Christ. 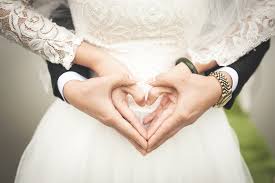 Submission is rarely a problem in a relationship where both partners are Christ-centered.

Strong marriages consist of physical, emotional, and spiritual involvement. If one of those aspects is neglected, taken for granted, or abused then there is no balance in the marriage. 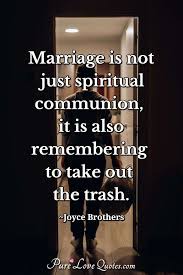 The bible has a lot to say about what a marriage is or is supposed to be.

However there is very little guidance when it comes giving people advice regarding creating a mate selection screening process and "must haves list" for choosing a partner or spouse.

Human beings make mistakes in all areas of life.This includes choosing the (wrong person) to get involved with or marry.

Some people use the bible as an excuse for staying in toxic abusive marriages. They truly believe divorce should not be an option and they want to avoid becoming a statistic. Essentially for these people the bible tells them they should try to fit square pegs into round holes or it's impossible for any marriage to be a "mistake" and all marriages are meant to last.

This is simply not the case. With "free will" people are bound to make mistakes and are afforded the opportunity to learn from their mistakes. 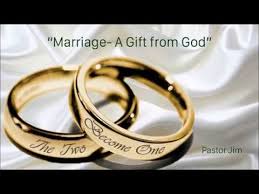 "But if the unbelieving depart, let him depart. A brother or a sister is not under bondage in such cases: but God hath called us to peace.

But as God hath distributed to every man, as the Lord hath called every one, so {let him walk}. And so ordain I in all churches."

"Be ye not unequally yoked together with unbelievers..."

However the "real hard work" is in finding (the right person) to marry! 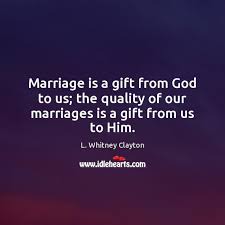 Once you accomplish that the so called "work" is actually (a labor or love) or doing whatever it takes to nurture and maintain that which you desired.The goal is to have a "soulmate" not a cellmate.

No one is "stuck" with anyone. Suffering is optional.