Ugly Scene as Man is Beaten Like a Dog for Chewing Another Man's Wife, In Matrimonial Bed

A middle age man received some heavy beatings after he was caught red-handed cheating with another man's wife, in their matrimonial bed. 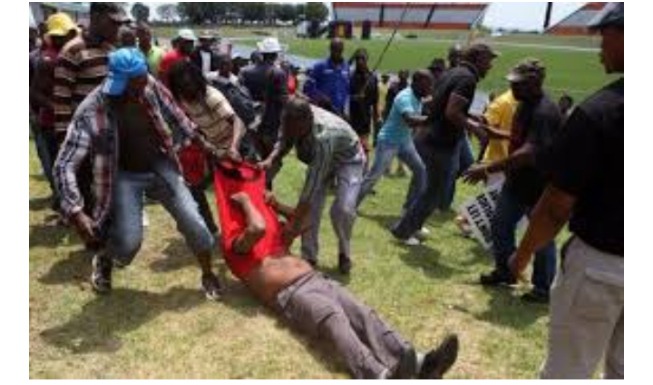 According to a source, the man believed to be friends with the husband's wife, has been having an affair with this married lady for some time, but that was his unlucky day.

The husband of the woman was tipped by some people, making him mount surveillance, which he used in tracing the evidence.

It’s said that, unfortunately for the lover, he was caught by the woman’s husband in the act during the night hours inside the bedroom.

Radio Jambo Patanisho presenter by the name Ghost, said the wife's husband lied to her that he won’t be available on that day since her boss had given her a lot of work, but he was just setting a trap for him after suspecting that she was cheating.

The sexually starved woman shamelessly brought his Mpango Wa Kando to their matrimonial home, thinking that her husband was away for work.

Confirming the incident, The police commander said the suspect has been arrested and taken into police custody, where he awaits to be arraigned in court once the investigation is complete. 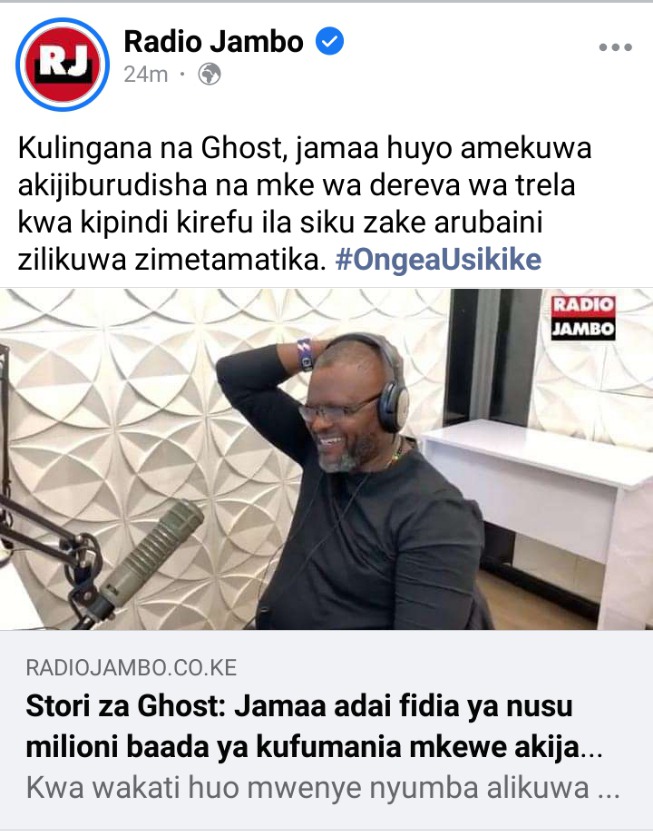