Opinion: Simple Avoidable Things That Leads to the Divorce of Marriages

In Kenya, the rate of divorce among the married rose from less than 10 percent in 2019 to around 50 percent of the total population in 2021.

The above figure is not accurate. A vast population of Kenyans dwell in a poverty stricken environment where marriage and divorce occur in informal settings in the absence of the Attorney and the Magistrate.

In my opinion, failure to undergo personality inventory tests, failure to adopt your lover's interests and emotional incompatibility between married individuals tops the list of simple avoidable things that leads to the culmination of marriages in divorce.

How we perceive individuals of the opposite gender also affects our marriage relationships. In the modern world, ladies are perceived as objects rather than emotional beings. This perception leads to toxic and unhealthy relationships that ends in divorce. Luckily, one can easily change his/her perceptions before his/her entry into a relationship.

We all know that falling in love is a subconscious process that kicks off with the "tingles" which later evolves to "obsession".

One is obsessed with his or her significant half to the point of asserting that, "Wow! I'm in love with him, and I think he is the one. We are meant to be."

Here, one is blinded by his/her emotions. They fail to perceive their differences as all they need is to be together for the rest of their lives and hence be "Happy ever after". These culminates in marriage.

The whole process is based on emotions rather than logic and rationality.

They live happily for the first 2-3 years. Within this period, they are used to each other and they can clearly perceive their differences. Their perception were majorly developed by the responsibilities that came with adulting.

With regards to their divergent views on life, they get conflicted by the different interests of their purported soul mates and their love fades away something that culminates in divorce.

The purpose of a personality inventory test prior to marriage is to determine whether the two individuals have lots of things in common or not.

This could be attributed to the fact that similarities between two love birds acts as strong foundations for life long marriages.

On the other hand, venturing into your lover's interests is basically the appropriate response to his/her core "love languages".

For instance when I'm feeling low, all I need is someone who could hold my hand down the university pavements and whisper, "Walter, all will be well with time."

You never know, maybe all that Lilian needed from Alfred was "quality time" something that could be easily offered by Juliani.

Our interests forms our core "love languages". If you can speak in your lover's core love languages, your marriage will be nourished over a long period of time.

Emotional compatibility is necessary for every romantic relationships. This forms the basis of physical attractions. If you're emotionally compatible, your relationship is destined for the stars.

As a matter of fact, we should not enter a relationship unless we are emotionally compatible.

This article is dedicated to all singles, engaged, the married and the divorced. 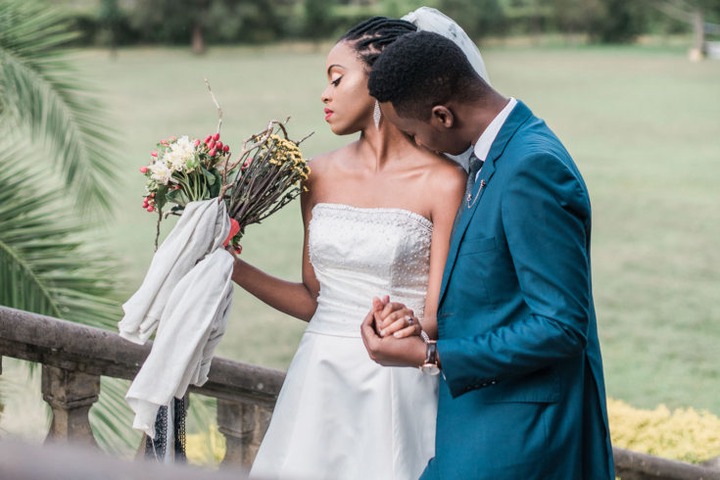 Don't forget to hit the follow button above for updates on similar articles.

Please leave your comments below.

Ruto Rudely Interrupts Section of Supporters, Warns Them Against Commotion