Reasons Guys Disappear After You've Given Them Your Love 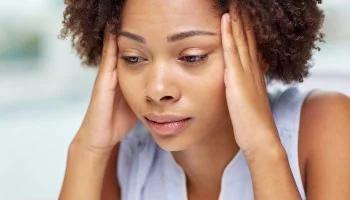 Dating and romantic relationships between partners have nowdays become complex and complicated in equal measure. Moreso, it seems to be more sophisticated from the guy's point of view. This is in the sense that a guy will oftenly approach a lady, initiate a serious date then somewhere along the way before they tie the knot, he bolts out the relationship leaving a thousand questions in her significant other's mind as to why he's made that move. Such a move, is indeed mind boggling. Could it have emanated from societal influence? I too fail to fathom.

It always starts with the guy constantly maintaining communication within the relationship both through short messages, calls and physical appearances. He proceeds dating you, calls you out for adventures, takes you for outdoor dates and constantly wishes you good nights via texts.

It all graduates to another level until you're fully into him. Your thoughts revolve around him all the time and you just want to be with him. You feel he's the right guy in your life until you finally say yes to his proposal.

After a short while, let's say three months into the relationship, things suddenly go south. He suddenly takes centuries to reply your texts, his calls and texts traffic suddenly fall. With the obvious now in sight, he bolts out of the relationship like a rat from a sinking ship.

You then have to ask yourself why he "truly loved you" then suddenly bolted out of the relationship. Here are the reasons as to why he might have bolted out.

The pleasure that comes with the chase

Men are naturally made to chase after ladies. Infact it's an instinct that forms part of their DNA. Chasing after ladies in an effort to win their hearts always revels a man. They are always ready to do anything it takes to win over the heart of a lady they've singled out to be possessing the qualities they desire until the lady says yes.

The surprising part of it is that after winning a lady's heart, they simply become bored and simply want to go for another chase. Therefore, he'll bolt out of a relationship and begin the chase in a new relationship. Remember, the bolting out is not out of a lady's making therefore she's not to be blamed.

The boredom that comes with conquering

From the onset, men have that special thing that got them attracted to a lady. Through their eyes, they can tell what's good to go after and what's not. After they've won the lady's heart and achieved what made them go after her in the first place, they begin to get bored. The boredom sets in since they continually need to get what made them chase that concerned lady but that may not be the case.

When this doesn't take place, they then scheme about the other thing they are lacking from other ladies. This subsequently pushes them to continue pursuing other ladies in a similar manner hence leaving others in their wake.

Fact is, all men who go after women are not for long term lifetime commitments. A majority are already committed to other women and approach other ladies either to fulfill the desires they can't meet from their women or simply for pleasure.

This then means that a man will approach a lady with his primary motive being just to have a casual relationship or rather a relationship for convenience.

The interesting part is that the man will hide his cards even from the beginning of the relationship and never be open to the lady that he's not for a long term relationship.

Mystery referrs to something unknown, obscured or unexplained. It's the mystery that attracts the man to a woman's tentacles at the first sight of a woman. There's something in her that he can't explain or get enough of.

He keeps imagining what is inside that charming dress, he sees the feminine figure and wonders the fulfillment and elation that would come with caressing such a feminine figure. Everything about the woman remains a mystery, a mystery that he truly wants to unravel.

After winning the lady and getting answers to his mystery, the mystery fades and that dies with the relationship. Once this man has seen what was behind the charming dress the relationship faces an automatic death.

This makes the man to hold the belief that you love him and can't leave him no matter how the situation may be. This lowers his value for you since he knows you'll always go after him.

Giving your man the emotional peace of being able to predict your next move sounds preposterous for you in the relationship.

You should always remain unpredictable to him and he should believe that you can walk out of the relationship anytime when he misbehaves. Overstaying in a relationship which makes you to be easily predictable by your man is one thing that will drive him away.